Aid workers in Syria who have had their citizenship stripped by the UK government could now be targets of British and American drone strikes, it is feared. They all deny fighting there and are mounting legal appeals to have their citizenship restored.

The Middle East Eye reports at least two aid workers in northern Syria have been deprived of their British citizenship on the grounds that they “present a risk to the national security of the United Kingdom,” according to recent letters sent to their families by Home Secretary Amber Rudd. In another case, a volunteer who has delivered aid into Syria and worked on charity-funded projects there was “assessed to have been involved in terrorism-related activities” and “Islamic extremist activities.” The aid workers are now unable to leave Syria legally as their British passports have been canceled. They do not hold travel documentation from any other country.

There are now concerns they could be the targets of drone strikes. That is based on the fact that out-of-country citizenship deprivations have been a “prelude” to extra-judicial killings in the past, and because of the willingness of the government to target British citizens in Syria deemed to pose a national security threat, the newspaper reports.

Chris Cole of Drone Watch UK told Middle East Eye there has been a “really dangerous ratcheting up of rhetoric by politicians and a certain section of the press” over the past few weeks over the use of British drones to kill terrorist suspects. “There is bound to be a concern that these men may have been placed on a kill list, and may be liable to be killed at any time,” Cole said. 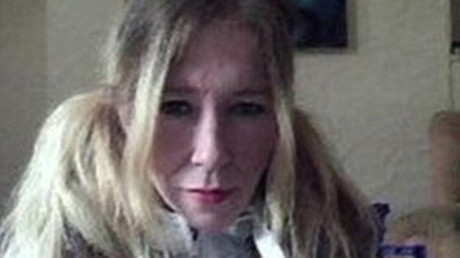 The aid workers say they have never fought in Syria, and none have been charged with any offence in the UK relating to their activities in the country. They deny having any links with militant groups, although the area in which they have worked on aid projects includes territory in Idlib province where various iterations of the formerly Al-Qaeda-aligned Hayat Tahrir al-Sham (HTS) have operated over several years.

According to the news outlet, which has not named the Britons, all three have demonstrable track records as aid workers and have liaised with numerous recognized charities and humanitarian organizations from the UK.

The government’s use of citizen-stripping powers has been criticized in the past. Bilal al-Berjawi and Mohamed Sakr, two former British citizens, were killed in drone strikes in Somalia in 2012 and 2014 after having their citizenship stripped. They were accused of links to Somalia’s Al-Shabaab militant group, considered a terrorist organization in the UK.

The case prompted David Anderson, the UK’s then-terrorism legislation watchdog chief, to highlight concerns in a report in 2016 that out-of-country citizen deprivation was “the prelude to rendition to the US and even to US drone strikes.”

Several British citizens have been killed in British and American drone strikes in Syria since 2015 as part of a US-led coalition air campaign, which primarily targeted Islamic State (IS, formerly ISIS). That includes Sally Jones, an IS recruiter who was reportedly killed last month.

A young academic who lured victims into committing horrific sex attacks told investigators when they..

A man has been arrested on suspicion of murder after a woman, 28, died in a Tui shop in Southport, M..

Joanne, 41, said she knew she was in labour when she started to experience severe pain and discomfor..

News story: UK to step up French operations in Africa as PM and President Macron meet for UK-France Summit

The Prime Minister is expected to make the announcement as part of the UK-France Summit at The Royal..