There will be an OPEC deal extension—no matter the public tussling between opposing forces in the industry cartel—if the world’s largest oil producers are really determined to end the supply glut.

A failure to agree on the market remediation would cause oil prices to plummet immediately, forfeiting any gains that have been made in the last year.

Saudi Arabia needs $60 per barrel for its Aramco initial public offering to be a success in the second half of next year. It plans to sell just five percent of its prized company in the largest IPO in financial history, but a low price could force the country to sell a larger share, siphoning off government revenues at a time of strained budgets.

Aramco’s IPO is important not just for Saudi Arabia’s non-oil future. As one of the world’s most efficient and low-cost oil producers, its longevity can be seen as an indicator of how the larger industry will fare. An unstable oil price—fueled by the indecisiveness of OPEC members—will trigger an extended period of low oil prices as demand continues to grow. In the short to medium term, this will heighten demand as consumers in the market for new cars will likely put off buying expensive hybrid or electric cars due to the plethora of cheap fuel. Similarly, the pace of natural gas and renewables adoption by utilities companies will slow as oil floods the markets.

Pushed to the edge, the leanest oil companies will buy out their bankrupt contemporaries, continuing the consolidation trend that has dominated the sector over the past two years. But in the long run, dwindling exploration budgets should stagnate the industry’s development.

None of this would correspond to an ideal situation for any of the OPEC countries. All members are charting their economy’s course out of oil. The Gulf is using its savings, stored in huge sovereign wealth funds, to retrain its workforce, build industrial cities, and find a new niche. Algeria, Venezuela, and Nigeria are suffering through the political blowback of years of corruption and mismanagement. Their civilian populations ask where decades of oil profits are now. They question how their nations fell so deep into the oil curse and demand change—whether economic or political. 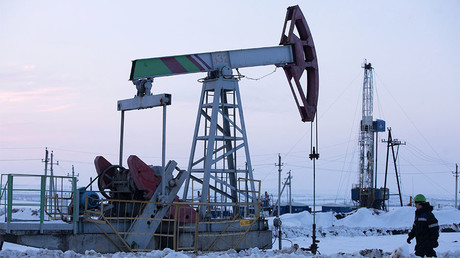 Prices need to rise for these governments to afford wars against terrorist groups in the region (Boko Haram for Nigeria), medical supplies for its ill citizens (Venezuela), and salaries for the massive public workforce (Algeria).

For some countries, the final years of oil’s dominance in world energy markets will fund the diversification of over-dependent yet semi-developed countries (Saudi Arabia, the UAE, Kuwait, and Qatar). In other cases, it will spell the end of entrenched corruption (Algeria, Nigeria, Venezuela, Angola) or provide the capital to reconstruct entire cities torn by years of conflict or sanctions (Iraq, Iran, Libya).

The world’s top oil and gas exporters know their trophy commodity’s days are numbered. They are in search of anything that will allow the last of the glory days to be as profitable as possible, and a ‘no deal’ on an extension agreement simply won’t cut it.

“We’re in extensive consultations with all our colleagues around the world within and outside OPEC and we can’t make any statements at this stage until we get to Vienna [at the end of the month],” Saudi Oil Minister Khalid al-Falih told reporters coyly last week. “Everybody wants to call it the right way, but stay tuned and you’ll find out when I find out in Vienna.”

Consider al-Falih a fan of the will-they-won’t-they romance between OPEC and its commitments. All political and economic incentives, however, point toward a green-light for an extension.

Poundland owner Steinhoff International has seen its shares fall 60% after it said it would launch a..

Quantitative easing only works if central banks keep buying assets – rather than simply holding them..

Al Franken To Speak Thursday, As Stampede Of Dem Senators Demand His Exit

UPDATED with details: Make that 14 Democratic Senators who now are calling for Fra..