Bitcoin has grown 10-fold in a year, and debate is as hot as ever whether the world’s top cryptocurrency is a bubble waiting to burst. RT’s Max Keiser and economics professor Steve Keen debate how soon the meteoric rise will have to stop.

On Wednesday, bitcoin broke through the $10,000 milestone, defying skeptics and fiat currency fans that have been predicting its fall from grace.

Among them is Steve Keen, economics professor at Kingston University London, who believes that what bitcoin is experiencing now when people are “diving in because the price is rising” is “one of the definitions of the bubble.”

Max Keiser, RT’s financial guru and a stern believer in the longevity of the world’s most popular cryptocurrency, thinks that fears are misplaced and if there is a hyper-inflated asset, it is the US dollar.

“There are hundreds of trillions of dollars’ worth of fiat money out there that is at risk of imploding, driven by the US dollar which is in an unmistakable bubble. Bitcoin’s not a bubble, the US dollar’s in a bubble. The fiat currency world is in a bubble,” Keiser said.

Keen, however, argues that to put US dollar’s value against the current value of bitcoin as proof of the former’s volatility is inaccurate and rather a case of semantics.

“The US dollar is maintaining its value with the rate of inflation running about two percent per annum, while bitcoin may increase by some 10 percent in one day,” the he said, comparing bitcoin with the “old chess board that can’t keep on going” forever.

According to Keiser the one thing to bear in mind about cryptocurrencies is that “the volatility will start to even out when the price gets closer to $100,000 per coin.” So far bitcoin has become the 25th biggest reserve currency in the world and is still far from hitting the ceiling, Keiser said.

"It’s heading into the top 10, it’ll soon be the biggest reserve currency in the world,” he argued.

Responding to Kaiser arguing that people will be buying “high-end property, yachts and things of this nature” with bitcoin as soon as they get used to it, Keen said that one should be “a madman to use it for transactions” while its price is skyrocketing.

“You’d be a fool to buy anything and I have been hearing people refer to it now as not a “cryptocurrency” but a “crypt currency,” because they intend to hold them until they die. That is not money,” Keen stressed. 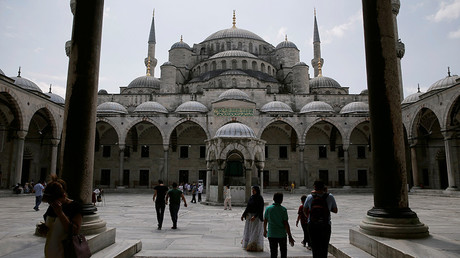 While its stored value keeps soaring, there are doubts that bitcoin will be able to retain the same high price if it is universally accepted as a means of exchange.

Keen believes the bitcoin’s value is tightly connected to the energy consumption needed for its mining and will drop accordingly.

“I think if the energy consumption is drastically reduced and you just make money out of the transactions, I can’t see this high price being maintained. I can see it stabilizing, but whether it can stabilize at a hundred thousand dollars once it’s used specifically for transactions and not for appreciation, I don’t think that’s feasible,” Keen said.

However, Keiser believes that while the transition from being a stored value to means of exchange will take “another few years,” it will not lose its value and become “much more useful as a means of exchange” once it hits $100,000 per coin.

Those who do not believe in bitcoin’s potential fail to understand that the it cannot be judged along the criteria of the past, as we are witnessing a change of the paradigm.

“This is the new paradigm,” Keiser argues. 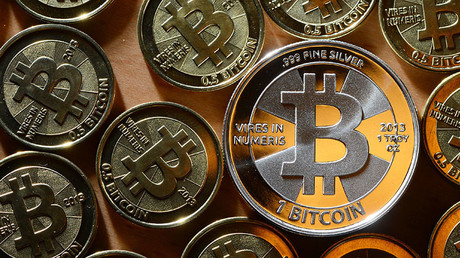 When the comparison seems odd at first sight, bitcoin has a lot in common with gold, according to Kaiser.

“Take gold as a case study. It takes a lot of energy to produce gold, gold is used as a means of exchange as well as a store value, it’s been around for quite some time. Bitcoin is Gold 2.0, it has the same function as gold,” he said.

Bitcoin is a “perfect form of cryptocurrency” that will eventually squeeze old fiat money out of business, dealing a crushing blow to “financial terrorists” that is to the dominance of the sprawling banking system.

“We don’t need those bad actors in society, and bitcoin gets rid of all these financial terrorists. And its about time someone stood up and did battle – the government’s not doing it, the academics aren’t doing it, so we have bitcoin to do it.”

Once bitcoin finally stabilizes and people have a real incentive to start spending their multimillion dollar cryptocurrency stocks, it is bound to plummet, Keen argued.

“I don’t think it will necessarily reach the stratospheric $100,000 and then stay there. If you get to the stage where the only return you get from the mining is the transactions, I think the price will fall dramatically.”

The other concern about the rising energy consumption is that if continues to grow at the same pace, the mining “will be banned because of the impact on the level of carbon in the atmosphere,” Keen said.

Most central banks are still reluctant to recognize bitcoin, including Russia, where the Central Bank has suggested banning bitcoin and other cryptocurrency exchange website because they function like financial pyramids.

The Chinese government’s crackdown on the bitcoin’s exchange and trading platforms in the country saw its plunging by more than 25 percent in September. While the digital currency has successfully bounced back and continued on its triumphant rise, the lack of a universally acceptable definition and regulation remain a risk many investors are weary to take.

Donald Trump Tweets Sen. Gillibrand Offered To “Do Anything” When “Begging” For Campaign Contributions

The eurozone’s bailout arm would become a European Monetary Fund that is firmly anchored in EU law a..

Old £10 note to disappear next year

If you still have any old £10 notes, make sure you spend them before 1 March next year.
The Bank of..

How ‘America First’ could turn into to ‘India First’

America is great because of its willingness to accept talented immigrants.
T..

Neither snow nor rain nor heat nor gloom of night — or, apparently, $100 million –..