"He seemed fine to me, which is a strange answer for me to give, because why is he out murdering people?" Dugan said. "He seemed like he knew exactly what he was doing and what was going on. He was very much aware of where he was and what he was doing."Howell Donaldson III, 24, was arrested and charged with four counts of murder on Wednesday in connection with a series of seemingly random killings that had terrorized neighborhood residents over the past 51 days. Donaldson owned the firearm that police say was used in the four killings, and officials are confident they have their man.But the arrest and police interview have shed little light on the motives for the killings, and police did not provide an explanation for how a quiet college graduate with no criminal record turned into a serial killer."He was friendly and nice to the cops, but he didn't give us anything. He didn't tell us why he was doing it, or anything like that," Dugan said.Officials had refrained from calling the suspect a serial killer for weeks, saying they did not yet have enough evidence to use the phrase. But after his arrest Wednesday, officials said the term was now appropriate."I think that's safe to say now," Dugan said. "He's killed four people."Donaldson is expected to make his first court appearance on Thursday. He has not retained an attorney and will likely be appointed one at his court appearance.

Donaldson, who also went by "Trai," attended Alonso High School in Tampa for half of his junior year and his senior year, the Hillsborough County School District confirmed.From there, he attended St. John's University in New York beginning in fall 2011, and he graduated in January 2017, according to Brian Browne, executive director of University Relations. He was a walk-on for the men's basketball team during the 2011-2012 season but never played in a game, Browne said. 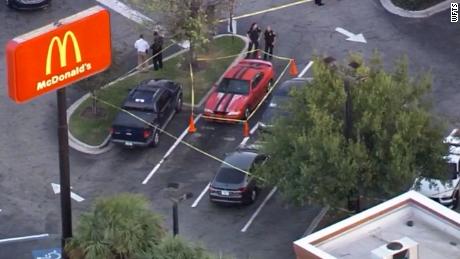 His freshman-year suitemate at St. John's, who asked to not be identified, said his "mouth dropped" when he saw Donaldson's mugshot early Wednesday morning."It's just like, what? Not Trai. I just don't see what his motive would be," he said.His first impression of Donaldson was that he was quiet, although the suitemate admitted that was typical the first few days of school. He said Donaldson had the best manners, dressed very well, and was a sneakerhead.The former suitemate said he never saw Donaldson angry, and at parties, he was a wallflower."[Trai was] just a regular guy," the former suitemate said. "Nothing stood out as violent."Tony Estevez, a neighbor who has known Donaldson for about 20 years, said he was skeptical that Donaldson was responsible for the killings. Donaldson grew up with Estevez's son, and he had come over to their house to watch football and hang by the pool just this past Saturday."He is the most quiet, polite young man," Estevez said. "I've never seen him say a bad word." 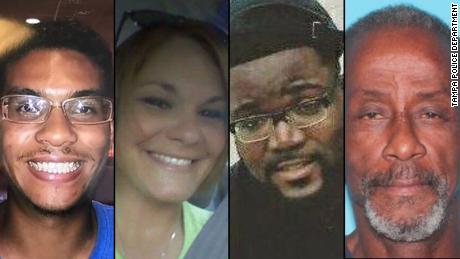 Donaldson, an employee at McDonald's, was arrested Tuesday after police were tipped off to his firearm. Earlier in the day, Donaldson gave the manager a McDonald's food bag with a firearm and ammunition in it for safe keeping, and then left, police said. About 2:40 p.m., the manager gave the weapon to a police officer in the fast food restaurant, who then called for backup. Donaldson told a co-worker he intended to leave the state, according to the affidavit, and he was detained by police when he returned to the restaurant.During an interview with investigators, Donaldson was largely cooperative, the affidavit suggests.He told investigators he purchased the Glock firearm and the SIG brand Smith & Wesson ammunition from a nearby gun store and that he was the only person who had control of the firearm since its purchase, according to the affidavit.Donaldson legally purchased the firearm on October 3. Four days later, after the mandatory waiting period, he picked it up and purchased the ammunition, according to the affidavit. The murder of Benjamin Mitchell, the first of the four victims, occurred on October 9.Donaldson also consented to a search of his vehicle and his cellphone and gave permission for investigators to examine his firearm. In his vehicle, police found clothing similar to that worn by the suspect in surveillance footage, and the clothing appeared to have a stain that was suspected to be blood, the affidavit states.Donaldson said he was unfamiliar with the Seminole Heights neighborhood and did not have an association with anyone in the area, the affidavit states.However, cellphone location data connected him to an address in Seminole Heights near the scenes of the first three murders on the same dates and times as those murders, according to the criminal affidavit.The affidavit states that further investigation connected Donaldson's firearm and ammunition to the weapon and cartridges used for the first three murders, according to the affidavit. The casings in the fourth murder were not available for comparison, but it had previously been identified as fired from the same firearm as the first three killings, the affidavit states.When confronted with the above evidence, Donaldson declined to explain and requested the presence of an attorney, the affidavit states.

Until this week, police had only a few clues as to the suspect's appearance. In late October, Tampa Police released blurry video of a "person of interest" wearing a hooded jacket walking down a street near one of the killings. In November, police released further surveillance video of a person with a similar gait walking near where 60-year-old Ronald Felton was killed. 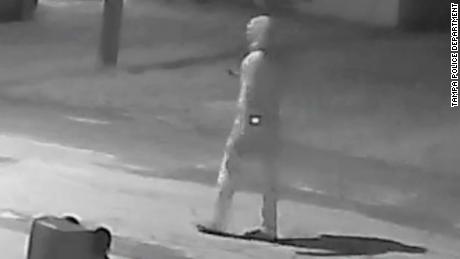 Based on a witness statement, police said the suspect was a black male between 6 feet and 6-feet-2 inches tall with a thin build and a light complexion — a description that applies to any number of people.Although the criminal affidavit provides solid forensic evidence against Donaldson, police do not have either a motive or a confession to the killings.Donaldson admitted to owning the weapon, but he did not admit to the killings, so investigators still have more work to do, Dugan said."We've had other guns, but we knew this was the one," Dugan said Wednesday morning. "Now the work begins to shore up the case and get a full prosecution."Officials said they remained perplexed as to the motive."Why somebody would have it in their mind to go take four individuals' lives, I just don't get it," Florida Gov. Rick Scott said. "And I don't know that we'll ever understand."Even so, Mayor Bob Buckhorn said he could not be prouder of how the city and the Seminole Heights residents responded during the challenging time."This is a city that had just lived through (Hurricane) Irma and has now spent the last 51 days dealing with a serial killer," he said.

Three people have been killed following a shooting at a Walmart store in suburban Denver, according ..

Face to face with a rapist: The man who says #IHave

Interviewing a man who admits to raping a woman is unpleasant, but important.

Here was someone will..

Donald Trump has arrived in China after challenging those that still deal with North Korea to get to..

A possible serial killer has shot dead two homeless men and wounded two others in Las Vegas in recen..