There are many examples making headlines all over the country. Chris Hurst was an evening news anchor at WDBJ in Roanoke, Virginia, when his girlfriend, Alison Parker, a reporter, and her cameraman, Adam Ward, were shot and killed during a live interview one morning in August 2015. Eventually, Hurst left his spot at the anchor desk, inspired to run for office and address some of the issues that led to Parker's death — though he stresses he's not a single-issue candidate, and gun control wasn't a focus during his campaign. On Tuesday, Hurst was elected to the Virginia House of Delegates.Also this week, the uncle of Philando Castile — a black man killed by a police officer last year during a traffic stop — became a reserve officer in St. Paul, Minnesota. He plans to help be the change he wanted in the department and his community. Mary Fetchet, a clinical social worker who lives in New Canaan, Connecticut, lost her son, Brad, in the terror attack on the World Trade Center on September 11, 2001.When she visited the family assistance center in New York City, set up to provide aid to victims' families, Fetchet said she was "struck by the magnitude of the event, seeing thousands of families coming from around the country and around the world." It was that experience, in part, that led Fetchet to start Voices of September 11th, an organization that works to provide resources to, and address the needs of, September 11 survivors, first responders and victims' families."When I think about how it's changed my life, I almost see my life in two chapters," Fetchet told CNN. "Before 9/11 and after 9/11."But what drove these people, in the midst of their grief, to try to be the force for change?

Making sense of the insensible

David Kessler, an author, grief expert and founder of Grief.com, told CNN that these families have undergone what he calls the sixth stage of grief: "Finding meaning.""We come away from something so devastating that we go, 'The story just can't end this way,'" Kessler said. "Their life needed to matter, and their death needed to have some meaning, so for many people, that spurs us into action." 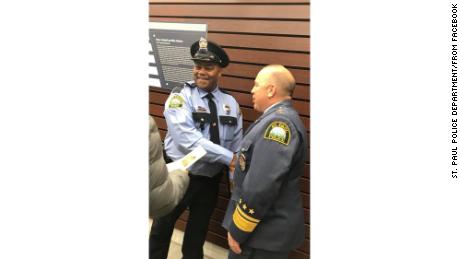 Dr. Robin Gurwitch, a professor of psychiatry and behavioral sciences at Duke University who has spent most of her career studying the effects of trauma on children, agreed with Kessler's assessment that some people who deal with a traumatic, insensible loss are looking to find meaning in their suffering.In the aftermath of a traumatic loss, Gurwitch said, people ask themselves, "What are some things I can do to honor the life of the person that's no longer here?" Sometimes that's done by drawing attention to the things that caused the traumatic death, she said.There are those like John Walsh, who founded the National Center for Missing and Exploited Children and started the TV show, "America's Most Wanted," after the abduction of his 6-year-old son, Adam, in 1981. Walsh now hosts CNN's "The Hunt with John Walsh." More recently, Mothers of the Movement, a group of mothers who have lost their children to police violence, are advocating for reform at the cross section of race and policing. During the 2016 Democratic National Convention, they stumped for Hillary Clinton. But Gurwitch points to the families of children killed in December 2012 at Sandy Hook Elementary as examples of people who have made sense of their children's deaths by using their experience to help others. Many of those families started a foundation, she said, focusing on a different piece of what contributed to the loss of their child. 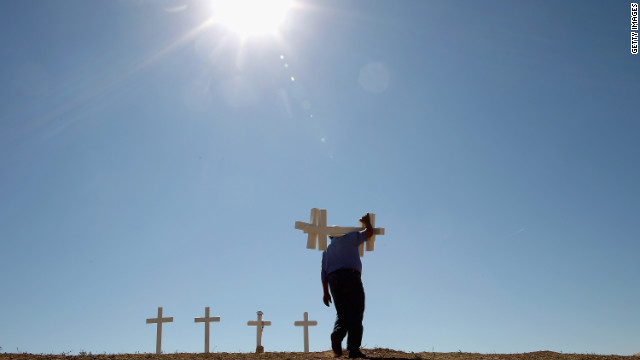 For example, Mark and Jackie Barden — whose 7-year-old, Daniel, was killed that day — started the Sandy Hook Promise alongside parents of other victims of the shooting. The nonprofit seeks to change public policy and prevent gun violence, whether it's criminal, suicide or by accident. Jeremy Richman, a neuroscientist whose 6-year-old daughter, Avielle, was killed at Sandy Hook, started the Avielle Foundation, which calls attention to mental health issues through research and community engagement. Such causes "help in terms of recovery and resilience," Gurwitch said, but "there's still going to be those times that are going to be challenging, that are going to be hard."

Memorializing their loved ones

When people are pushed into advocacy or social work as a result of a traumatic loss, part of the benefit for those affected is in keeping busy, but it's also a way to memorialize their loved ones, explained Joanne Cacciatore, an associate research professor at Arizona State University who studies traumatic grief."In my research, one of the reasons that parents most want to get active in volunteering and doing things has to do with remembering, honoring and making sure that the world doesn't forget — not only this terrible thing that happened, but also the beautiful person (that was lost)," she said. 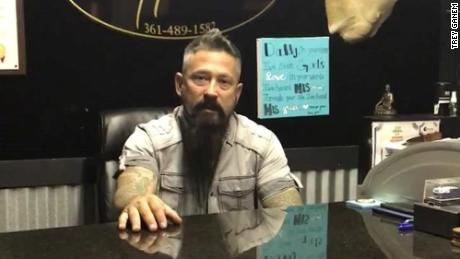 In 1996, two years after her own daughter died, Cacciatore started the MISS Foundation, which offers support to families who have experienced the death of a child. The foundation and "random acts of kindness" were the best way to remember her daughter, she said. "For me, really, compassion was the most powerful thing," Cacciatore said. "It just felt like that was the only way I would survive it."

Helping others through their experience

Cacciatore isn't alone in feeling that her ability to help others helped her. Some people benefit from altruistic acts, like reaching out to others after a loss, Gurwitch said. "We know that when people are really struggling, even though you're hurting, if you reach out and try to help someone, it helps you do better," she said.It could be as simple as writing a letter to first responders in your community who were first on the scene of the tragedy, or something as big as creating a foundation to change how the public considers gun control or mental health services, Gurwitch said. Fetchet, whose son was killed in the 9/11 attacks, said that because of her background in social work, she felt she was "in a unique position, because I had an understanding of the impact of traumatic events." "I almost felt like I had an opportunity and a responsibility to make a difference," she said.

Kessler, who dealt with the loss of his 21-year-old son more than a year ago, said the people who are able to move forward and find meaning in their loss are the ones who are "creating a new future.""That loss can paralyze you," he said. "But it can also help you grow in ways that you never thought."Fetchet echoed this sentiment. As awful as losing Brad was, his death prompted a change in her life's work, and she's proud of the "great strides" she and others affiliated with the Voices of September 11th have been able to make in developing the 9/11 memorial and providing help to victims of the tragedy. "The loss of my son has had a profound impact on me," Fetchet told CNN. "It was certainly a life-changing event that in a sense expanded my life's journey, personally and professionally."

Life expectancy in the United States has dropped for the second time in two years due to a large ris..

Black boy ‘shot at while asking for directions’

A black 14-year-old boy has allegedly been shot at after knocking on a door to ask for directions.

Sen. Al Franken (D-MN) announced his intention Thursday to resign from the Senate amidst accusations..

Donald Trump has said he wants a successful meeting with Kim Jong Un, but warned he will call the ta..