Jurors acquitted Jose Ines Garcia Zarate, 45, of murder and involuntary manslaughter, as well as assault with a deadly weapon. They convicted him of being a felon in possession of a firearm.The undocumented immigrant faces up to three years in prison, but has already spent more than two years in jail awaiting trial and may get credit for time served. He has not been sentenced. Before Steinle's fatal shooting in July 2015, Garcia Zarate had been deported five times, and was wanted for a sixth deportation on drug-related felonies.Under a sanctuary city law, San Francisco authorities released him from custody three months before the shooting, instead of turning him over to Immigration and Customs Enforcement.

Authorities said the gun he used was stolen from the car of an off-duty agent for the Bureau of Land Management. Kate Steinle's brother said the theft of the gun set off a series of system failures that culminated with the ruling. "I'm not surprised. The system failed Kate from the start of this chain of events. Why would the verdict be any different?" Brad Steinle said. "From the drug charge. To being released. To not being detained by ICE. The BLM agent leaving a loaded weapon in an unlocked car. It is failure after failure."Steinle said his sister is never coming back, and the verdict does not affect them in any way. "Kate is gone. The strength we have is drawn from Kate. Her memory is with us," he said.

The case sparked a fierce debate over sanctuary cities, and forced San Francisco officials to defend its policy. President Donald Trump invoked the case in decrying sanctuary cities and promoting the construction of the border wall. A sanctuary city has policies designed to limit its cooperation with federal officials on immigration enforcement. "San Francisco's policy of refusing to honor ICE detainers is a blatant threat to public safety and undermines the rule of law," Tom Homan, deputy director of ICE, said in a statement. Homan said ICE plans to take custody of Garcia Zarate and "ultimately remove him from the country." It's unclear whether it'll be before or after he serves his sentence. Trump called the verdict "disgraceful" while Attorney General Jeff Sessionssaid San Francisco's status as a sanctuary city was largely to blame for what happened."A disgraceful verdict in the Kate Steinle case! No wonder the people of our Country are so angry with Illegal Immigration," the President tweeted. Sessions used the verdict to urge local officials to cooperate with federal law enforcement agencies. "When jurisdictions choose to return criminal aliens to the streets rather than turning them over to federal immigration authorities, they put the public's safety at risk," he said in a statement.But one of the defendant's lawyers said the debate over immigration didn't belong in the case."From day one, this case was used as a means to foment hate, to foment division and to foment a program of mass deportation," public defender Francisco Ugarte said. "Nothing about Mr. Garcia Zarate's ethnicity, nothing about his immigration status, nothing about the fact that he is born in Mexico had any relevance as to what happened on July 1, 2015." Assistant District Attorney Alex Bastian said prosecutors were disappointed by the verdict but respected the jury's decision. "I can't stress this enough, this really is about the Steinle family. They've shown incredible resolve in this whole process," he said. "Our hearts go out to them." 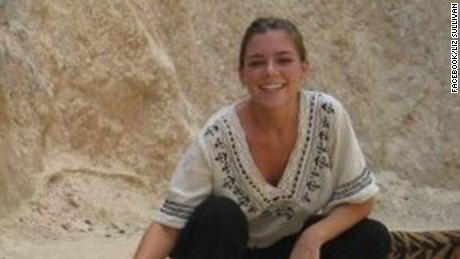 Prosecutors said Garcia Zarate deliberately fired into an unsuspecting crowd on the pier, killing Steinle, as she walked with her father. But the defense attorney said the shooting was accidental, and the bullet ricocheted off the ground and traveled about 80 feet before hitting Steinle.Garcia Zarate faced a charge of second-degree murder, but jurors were allowed to consider first-degree murder and involuntary manslaughter convictions.The jury deliberated for six days before issuing its decision.

Defense attorney Matt Gonzalez said Garcia Zarate found the gun at the pier. He said it was wrapped in cloth, and when he unwrapped it, it accidentally discharged.But in a police interrogation, Garcia Zarate admitted to firing the gun, saying he was aiming at a seal. He also told police that he stepped on the gun, causing it to fire. 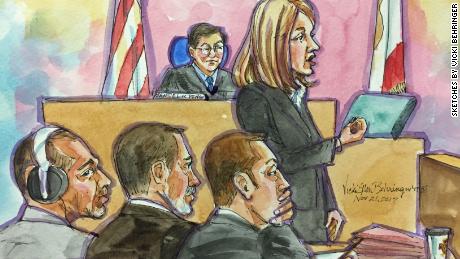 Steinle's death reignited the debate over immigration and what role sanctuary cities should play in policy enforcement. In 2015, Freya Horne, chief legal counsel to the San Francisco County Sheriff, said Garcia Zarate was let go because there was no legal cause to detain him.Steinle's family sued last year, alleging that San Francisco and its former sheriff were partly to blame for her death because officials never notified Immigration and Customs Enforcement when Garcia Zarate was released from a local jail in April 2015.City officials have said they're not liable for a former inmate's actions. A federal judge dismissed the family's claims. Follow @faithcnn

US military ‘ready’ to give Trump options on Syria

The US military is ready to provide Donald Trump with options on striking Syria, the US defence secr..

One of the most controversial figures of the last 40 years in American politics will be the next pre..

Donald Trump has tried to quell a storm over his reported criticism of immigration from “shithole co..