He died one month later, on October 20, in a house fire described as a "hellscape." The Puerto Rican Department of Public Safety on Wednesday night added Vidal's death and two others to its list of now 58 people who died in the monster storm and its aftermath. The update comes after CNN on November 20 published an investigation detailing Vidal's death and calling into question the official death toll from the Category 4 hurricane. Puerto Rico said in a news release that a man "died at his residence in Cayey after inhaling the gases that emanated from a gas lamp when it accidentally fell." A spokeswoman for the Department of Public Safety confirmed the death was Vidal's.Relatives told CNN the 89-year-old was still living without power because of the storm at the time of his death; he wouldn't have needed to use the ultimately fatal gas lantern had power service been restored to his neighborhood more quickly, they said. When CNN visited earlier in November, many of his neighbors and relatives were still without electricity. The addition of Vidal's death to the official list is important in part because it means his family could be eligible for federal aid to cover some of the costs associated his funeral. Public policy experts also have told CNN that knowing the true death toll helps provide a clearer picture of the devastation the island has suffered after Hurricane Maria. That awareness also could be used to prevent future deaths related to this natural disaster or others. The dangerous conditions that contributed to Vidal's death continue in some parts of Puerto Rico, and Cayey's director of emergency management told CNN deaths would continue if conditions did not improve. About 7% of Puerto Rican homes remain without running water, according to Puerto Rican government estimates. Power generation is only at about 65% of its capacity, according to the government, and it's unclear how much of that power is actually reaching homes. Puerto Rico is a US territory in the Caribbean that's home to 3.4 million American citizens.Héctor M. Pesquera, secretary of Puerto Rico's Department of Public Safety, told CNN earlier this month that Vidal's death had been under investigation pending results of a toxicological assessment. He said then that multiple deaths CNN highlighted would be investigated by his department, which oversees the island's Bureau of Forensic Sciences. Pesquera has stood by Puerto Rico's count as accurate, based on the information officials have received. Following CNN's report, his office again urged funeral homes to relay information about uncounted deaths. "As I have mentioned on previous occasions, any citizen who understands that a death is directly or indirectly related to Hurricane Maria can present the case to our consideration in order to proceed with the relevant investigations," Pesquera said in a statement issued Wednesday.Tips can be sent to [email protected] or by calling 787-765-0615, the department said.Earlier in November, CNN surveyed 112 funeral homes — about half the island's total — to ask about possible hurricane-related deaths that may have been missed by the government. Funeral home directors told us they'd seen 499 deaths in the first month after the storm that they claimed were attributable to Hurricane Maria and its aftermath.That was about nine times the official total, which was 55 at the time.The survey has its limitations. Funeral home directors cannot legally classify deaths as hurricane-related — only one forensics office on the island can do that — and they are not trained to conduct autopsies. Their reports are subjective. But they do have access to death certificates and often speak with families about the circumstances of deaths.As part of that investigation, CNN reported on Vidal's death in detail, interviewing family members and neighbors as well as the local mayor, police chief and emergency management director. All considered his death to be hurricane-related.The official Hurricane Maria death toll first came into question after President Donald Trump visited the US territory on October 3. Trump highlighted a relatively low death toll — then 16 — as a sign that Puerto Rico was handling the crisis well. Later the same day, after Trump left Puerto Rico, the death toll jumped to 34. It has been increasing in occasional spurts since. San Juan's mayor, Carmen Yulín Cruz, has questioned the government's accounting. Thirteen Democratic US Senators sent a letter to the Department of Homeland Security urging the Trump administration to ensure the count is correct."An accurate death toll is important for understanding the true severity of the situation on the ground, for recognizing potential problems and vulnerabilities, for assessing the quality of the disaster response so far, and for setting policy going forward," they wrote. 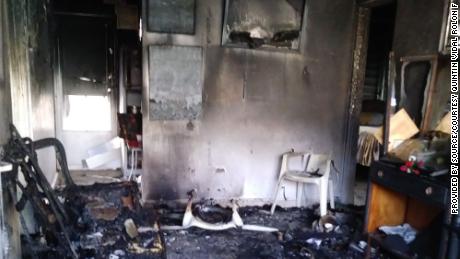 The two additional deaths Puerto Rico classified as hurricane-related on Wednesday include Francisca Esquilin Mendoza, "who was bleeding from the mouth during the hurricane, but could not be transported to the hospital on time," according to the Department of Public Safety; as well as an unidentified person "who died when the boat in which he was traveling sank," the department said in a news release. Vidal was known to family members and neighbors for the sturdy cowboy hat he seemed to wear almost every day of his life, for his beat-up white pickup truck — and for his willingness to help people. He built concrete homes in the mountainous municipality of Cayey, and relatives say perhaps hundreds of people survived Hurricane Maria because of his craftsmanship. He only built with concrete, never wood, they said, because wood wasn't as durable. Family photos show Vidal, in his signature hat, helping to pave a sidewalk outside a relative's home this summer. 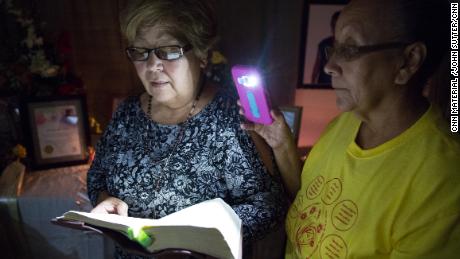 Lisandra Llera Vidal told CNN on Thursday that she is grateful her grandfather's death has been listed by the Puerto Rican government — but that the recognition, of course, "will not bring back our dear grandfather to life." "We only have the memories of this great human being he was in life and the legacy he left us," she said in a text message. "We are satisfied … that [the Puerto Rican government has] given him a place on the list because the world should know what the reality is of living in Puerto Rico."The government should be giving more value to each death," she added, and officials should "not hide the harsh reality that the Puerto Rican people are living" several weeks after Hurricane Maria.

President Donald Trump has criticised FBI leaders while claiming to be “more loyal than anyone could..

Blair denies telling Trump UK was spying on him

Exclusive: Iconic White House tree to be cut down

The enormous magnolia, one of three on the west side of the White House and the oldest on the White ..