A former police chief has threatened to sue the Prime Minister’s First Secretary of State as the parliament-porn saga took a bizarre turn. Bob Quick, former assistant police commissioner, said he will take action against Damian Green unless he “publicly retracts” the suggestion that Quick was lying about what was found on Green’s computer.

But Green has strongly denied the claims which he has termed “outlandish smears.”

May’s right hand man blamed Quick, saying he is a “tainted and untrustworthy” source who has long-running vendetta against him.

Quick launched a firm response, saying, “Damian Green called me a liar in the statement he tweeted on 4 November 2017. That is completely untrue. Everything I have said is accurate, in good faith, and in the firm belief that I have acted in the public interest.”

“I wish to make it clear for the avoidance of any doubt or further speculation that I am in no way motivated politically and bear no malice whatsoever to Damian Green,” he added. 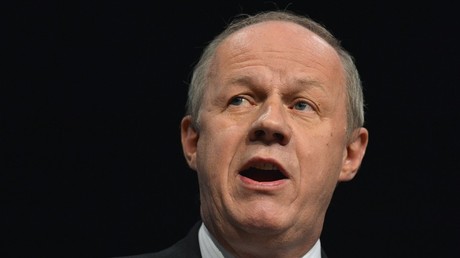 Quick said further that “this is despite unfortunate and deeply hurtful attempts to discredit me. Everything I have said about this matter has been in good faith, and in the firm belief that I have acted in the public interest. I invite Damian Green publicly to retract his allegations against me. I am considering legal action.”

Former officers revealed what they found on the PC as an investigation was launched.

Quick, though, also has his backers.

Ex-detective Neil Lewis said he found 'thousands' of pornographic images on the computer.

Quick arrested Green in 2008 as counter-terrorism officers examined his hard drives. The policeman went on to accuse Green of leaking his address to a website before David Cameron called the claims “baseless.”

Green was later cleared of any wrongdoing and Quick said the saga cost him his career.

The findings of an investigation is expected to be returned within days.

A gifted young academic who became a “warped and sadistic” paedophile has been jailed for 32 years.
..

A man has been charged with causing serious injury by dangerous driving after a police officer was h..

Michael Curtis, aged 67 years, was convicted of four counts of indecent assault by a jury (Picture: ..

With permission Mr Speaker, I would like to update the House on the negotiations for our departure f..

African refugee handed £110,000 for being jailed too long for sex attacks

Judge Nicholas Madge said that it was his job to uphold the law and there was no prospect of deporti..