A campaign group aligned to Jeremy Corbyn is being investigated over claims the left-wing movement busted spending rules. In the UK, there is a limit to how much a campaign can spend at certain elections. The Electoral Commission is looking into whether the Momentum group overspent as an unauthorised non-party campaigner during the June general election.

The Commission will consider whether the organisation was transparent about donations and if it submitted all its paperwork.

Momentum made a difference in the vote, no doubt. Activists were mobilised, social media posts went viral and Labour won an extra 21 Commons seats.

Bob Posner, director of political finance at the Electoral Commission, said, “Momentum is a high profile active campaigning body. Questions over their compliance with the campaign finance rules at June’s general election risks causing harm to voters’ confidence in elections.”

“There is significant public interest in us investigating Momentum to establish the facts in this matter and whether there have been any offences. Once complete, the Commission will decide whether any breaches have occurred and, if so, what further action may be appropriate, in line with its enforcement policy,” Posner said further.

The group could have legally overspent the cap if approved by the party they are representing. 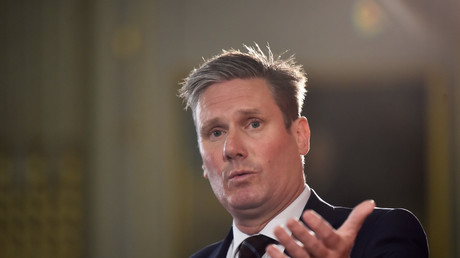 Momentum came from the Jeremy for Labour movement when the Islington North MP made a bid for leadership, but it is seen by many as an extreme pressure group which will try to oust those who do not hold similar views.

A spokesperson responded by saying that "Momentum put a lot of effort and resources into detailed budgeting and financial procedures during the election to ensure full compliance. Our election campaign was delivered on a low budget because it tapped into the energy and enthusiasm of tens of thousands of volunteers across the country.”

James Bulger was abducted and murdered in 1993 (Picture: PA)
The mother of murdered toddler James Bu..

Freebirth data ‘should be collected across UK’

Data on how many women choose to give birth without me..

A mini ice age that would freeze major rivers could hit Britain in less than two decades, according ..

Revealed: How many coronavirus hate crimes are in your area

Police forces across the UK have revealed the number of hate crimes against Chinese people during th..