“At a time when there is confusion about the public sector pay cap of 1 percent and trade unions are being told any increases over this amount need to come from existing budgets, the pay rise for MPs is interesting,” a spokesman for the Public and Commercial Services (PCS) union, one of the UK’s largest labor unions, told RT.

“The government needs to ensure all public-sector employees get an above-inflation pay rise to make up for the years of austerity they have put people through.”

To date, the government has failed to give any indication that it will finally lift the 1 percent pay cap on all public sector workers, which has been in place since 2013. 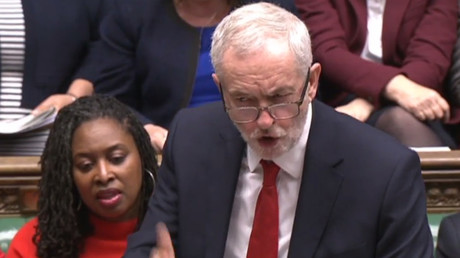 In 2010, public-sector pay was frozen for two years for all workers but those on the lowest wages. The freeze was replaced with the one percent pay cap in 2013. The government pledged in September to scrap the cap for police and prison officers, but that sparked fierce backlash amid claims that nurses, teachers and other civil servants were equally worthy of a pay rise.

“We have a weak government with no mandates to implement further public sector pay restraint and now is the time not just for resolution but for the action required to defeat this government pay cap and put real-terms pay increases in the pockets of our members,” Mark Serwotka, general secretary of the PCS union, told The Guardian at the time.

“We know concessions are coming, we know they [ministers] are going to cherry-pick, they are going to attempt to divide and rule. Our message is simple: scrap the cap. We all deserve a pay rise. There are no deserving or undeserving public-sector workers,” he added.

Judges have turned down an appeal bid against a decision to stop life support for brain-damaged baby..

A forward-thinking DJ slipped Prince Harry his business card on the off chance he needs somebody to ..

A medical student who was placed..