Four Iraqi citizens have been awarded thousands of pounds in compensation for their illegal detention and for torture by the British military during the Iraq war. The four cases will now set the tone for 600 other claims being brought against the Ministry of Defence (MoD).

On Thursday a London judge awarded the four Iraqi citizens varying amounts in compensation, with one set to pocket more than £30,000, after he had been deprived of sleep, sight, and sound in captivity.

Justice Leggatt ruled that the four were entitled to compensation under the Human Rights Act. The four cases will now set precedents for more than 600 unresolved claims, known as the Iraqi Civilian Litigation, in which unlawful imprisonment and ill-treatment by the British armed forces is alleged.

“This judgment follows the first full trials of these claims in which the claimants themselves and other witnesses have testified in an English courtroom,” said Leggatt.

“Four cases have been tried as lead cases. There is no assumption that these four cases are representative of others, but the conclusions reached on the legal issues and some of the factual issues raised are likely to affect many of the remaining cases in the litigation.”

Kamil Najim Alseran was awarded £10,000 for ill-treatment when he was captured at his home in 2003. The judge also awarded Alseran £2,700 for 27 days of unlawful detention.

Abd Al-Waheed was awarded a total of £33,300 after he was arrested in a house-raid in Basra city in 2007. He was awarded £15,000 in “respect of the beating” he received following his arrest, and another £15,000 for what the judge said was “the further inhuman and degrading treatment which he suffered, encompassing harsh interrogation, being deprived of sleep and being deprived of sight and hearing.” He was compensated another £3,300 for 33 days of unlawful detention.

The other two men were working in 2003 on a merchant ship moored in the Khawr az Zubayr waterway, 34 miles south of Basra. Coalition forces boarded the ship and four crew members, including two men known only as MRE and KSU for legal reasons, were captured. 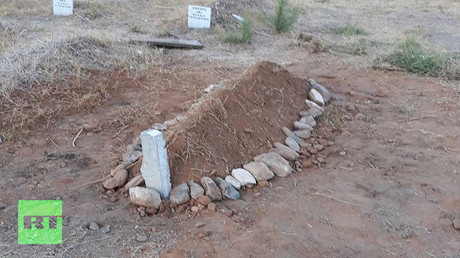 KSU received a total of £10,600 for hooding and for six days of unlawful detention.

“Our clients’ evidence has been tested at-length in court and the Ministry of Defence has been found wanting,” she said. “It is vital that those wronged by the UK Government, whether in this country or overseas, are able to seek justice and redress. Their ability to do so in our courts is not a witch-hunt, but a testament to the strength of our democracy.”

Leigh Day partner Shubhaa Srinivasan represented MRE and KSU. She called Leggatt’s ruling a “testament to why justice should be allowed to take its course.”

“The decision sends a clear message that no-one, including the British Government, should be above the law,” she said.

A former chief executive of Save the Children faced three complaints of inappropriate behaviour towa..