Britain’s parliamentary investigation into fake news (also known as News From Russia We Don’t Agree With) has reached the public stage. It’s now possible to see the MPs involved fail to uncover evidence LIVE on the internet.

Proceedings started in a way that is fast becoming traditional for Damian Collins MP and his merry men and women on the Digital, Culture, Media and Sport Committee. That is, academics admitting they can’t really find any evidence that Russia influenced the outcome of the Brexit referendum whatsoever.

READ MORE: British MPs are desperate for some Russian interference, and won’t stop until they find it

Professor Kalina Bontcheva from the University of Sheffield was asked about Russian bots. She said she had carried out research with BuzzFeed, which is an outlet that is more desperate than most to uncover evidence of Russian hi-jinks.

Bontcheva had to admit that: “We did not find an awful lot of activity from those accounts. There were 3,200 tweets coming from these accounts, about 26 percent of those were coming from 45 new accounts we identified, however one important aspect that has to be mentioned here is that those 45 new accounts were tweeting in German.”

She finished that observation with a deadpan: “Actually the likely impact of those 800 tweets on the British voter I would say not very likely to have been significant.”

In fact, for lots of people in Britain, seeing the German language invading their Twitter feed might well swing their vote.

The other witness for the prosecution, I mean parliamentary committee, was Samantha Bradshaw from the Oxford Internet Institute. She was answering questions under the huge shadow of a report her institute had just released, which also concluded there was “no significant Russian activism.”

After those two gave evidence, the MPs took a break. One hopes they found a cup of tea more effectively than they’ve found evidence of Russian interference.

The next session switched referendums – this time it was Catalonia in the spotlight. It has to be said there wasn’t an actual Catalan in sight to give evidence. Not even a fake one.

David Alandete, Managing Editor of Spanish language outlet El Pais while giving evidence asked “How do you spread fake news?” before answering: “First you need a quote, then a URL.”

Someone tell him, those things are actually fairly important in real news as well.

Associate Professor Mila Milosevich-Juaristi from the Instituto de Empresa threw together Assange, Snowden, RT, Sputnik, the Kremlin and the military all together in her evidence, saying they’re all part of a Russian disinformation operation so complex that it must have government support.

The operation she envisions would be so complex it would need the support of Putin, the Avengers, the Justice League, Jesus and Allah as well.

Milosevich-Juaristi’s rationale was: “I don’t think any pro-Russian actor would do anything without Russian authorisation because Russia as we know is a centralized and authoritarian state. I don’t think any actor could act just free.”

This is the view of someone who has apparently never met a Russian. One Russian she definitely hasn’t met is RT Chief Margarita Simonyan, who during this evidence was renamed Margarita Semonova (yes, really) by the Professor from Madrid.

Also giving evidence was Francisco de Borja Lasheras, a Director for the European Council on Foreign Relations at the Madrid office. He kindly said that “before the [Catalan] referendum RT provided relatively balanced reporting, bar some editorials.” 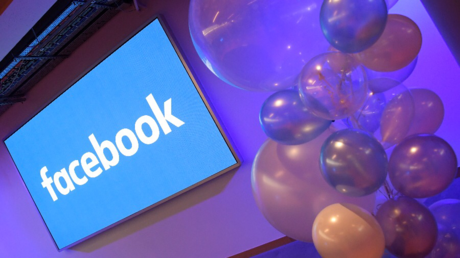 So MP Brendan O’Hara said: “I’m trying to get to the bottom of why, then Russia Today, which you said was broadly fair until the day of the referendum when police moved in and violence broke out… suddenly in your opinion went to that extreme position… it doesn’t add up to me.”

Possibly (and yes, this is an editorial) because it was at that point Borja Lasheras stopped agreeing with RT’s coverage? Who knows the answer? He certainly didn’t seem to.

Ian Lucas MP asked the 3 witnesses from Spain: “Do you have evidence the Russian government interfered in the Catalan referendum?”

I can paraphrase their answer. “No.”

But moment of the day goes to Paul Farrelly MP (who doesn’t use Twitter by the way, so he’s safe from all the fake news). He wanted to talk about Assange because: “Clearly with Assange you’ve got the Venezuela connection… Assange of course is holed up in the Venezuelan embassy.”

Damian Collins pointed out actually it was the “Ecuadorian.”

A bemused Farrelly said: “Is it? I thought it was Venezuelan. I’m completely wrong.”

It’s good to see he can admit that.

Vladimir Putin has dismissed claims that Russia was behind the poisoning of former spy Sergei Skripa..

Elizabeth Ellis, 20, and Dominic Wallis, 28, will be sentenced on Monday (Picture: SWNS)
A couple ar..

A murder investigation has been launched by police following the discovery of a young woman's b..

More than half of Tory activists..

Temperatures barely above freezing as ice and snow warnings continue

Joggers brave the frost in Cock Marsh, near Cookham, Berkshire on November 25 (Picture: PA)
Much of ..