Tens of thousands of people will have their surgeries delayed under contingency plans for an already stretched National Health Service to deal with a post-Christmas surge in patients. Critics say services are being “rationed.”

In yet another worrying sign of crisis in Britain’s National Health Service (NHS), hospitals are being ordered to put off non-urgent operations, such as knee and hip replacements, to cope with an expected surge in the number of people seeking treatment over the winter, likely due to the cold weather.

The directive, given by the NHS National Emergency Pressures Panel, a new group of senior doctors, nurses and managers set up to advise NHS England, is expected to see around 15,000 operations rescheduled.

Doctors are also being asked to carry out more day procedures rather than ones in which patients have to stay in the hospital to recover.

Pauline Philip, the NHS national director for urgent and emergency care, claimed the plans were being rolled out as “the NHS is about to enter into the most challenging part of the year, with spikes in demand likely after the Christmas and New Year breaks.”

It comes amid reports of the NHS already being stretched beyond capacity, and of staff working day in, day out to deal with the surge in requests for medical treatment.

According to NHS figures released on Thursday, hospitals are already struggling to meet crucial waiting times.

Twenty-three trusts are already 99 percent full and two trusts 100 percent full, despite NHS rules stating bed occupancy should not be over 85 percent in order to ensure patient safety.

Most trusts also failed to meet requirements of treating 85 percent of A&E patients within the four-hour limit. 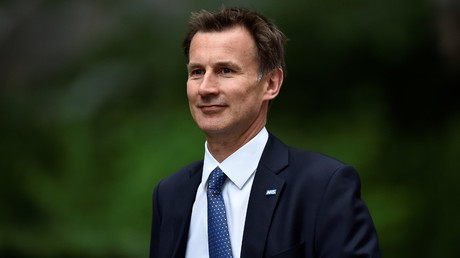 “However, given the scale of the challenge, hospitals should be planning for the surge that comes in the new year by freeing up beds and staff where they can to care for our sickest patients,” the BBC reports Keogh as saying.

Keogh said the plans would prevent people from having their operations canceled at the last-minute.

Prof. Derek Alderson, the president of the Royal College of Surgeons, backed the move. However, he told the Guardian: “Cancelling planned surgery is not a sustainable way of dealing with emergency pressures. Putting aside today’s short-term measure, we urgently need a wider look at how we can protect planned surgery and hospital bed capacity for the future.”

The Society for Acute Medicine, which represents doctors who look after patients admitted through A&E but who do not need surgery, cautioned the plans might have to stay in place as late as February.

“The positive of this is action to relieve pressure on the system.

The bad news is that it has happened already, without much actual unexpected stress on the system,” Dr. Nick Scriven, the society’s president, told the Guardian.

“We have not yet seen anything out of the ordinary, weather or infection-wise, so my belief is that this stance will need to be extended until at least the end of February,” he added.

Snow and ice hits… and it could be here all month

Forecasters are predicting that this week will be one of the coldest of the winter so far, with snow..

Victims of prolific Black cab rapist John Worboys are petitioning to have him kept behind bars. They..

Leaked Brexit forecasts predict grim times ahead for the UK