The oil industry discovered the least amount of oil in 2017 in almost eight decades, breaking the previous record low set in 2016.

The plunge is the result of a third consecutive year of relatively low upstream exploration budgets. So many oil companies slashed their spending on exploration when the market downturn began in 2014, and they have yet to restore that spending to anything close to pre-2014 levels.

“We haven’t seen anything like this since the 1940s,” Sonia Mladá Passos, Senior Analyst at Rystad Energy, said in a statement. “The discovered volumes averaged at ~550 million barrels of oil equivalent per month. The most worrisome is the fact that the reserve replacement ratio in the current year reached only 11 percent (for oil and gas combined)—compared to over 50 percent in 2012.”

The reserve-replacement ratio measures the volume of oil that is discovered relative to what is produced in a given year. The idea being, the industry needs to discover 100 percent of what it produces in order to avoid a decline in reserves.

Rystad Energy says that 2006 was the last year in which the industry posted a reserve-replacement ratio above 100 percent. The implication is that the world is burning through oil at a faster rate than the industry is discovering new reserves.

Moreover, Rystad says that the volume of resources per discovered field also declined in 2017. For instance, the average offshore discovery in 2012 held roughly 150 million boe in 2012, a figure that fell significantly to just 100 million boe this year. That matters because smaller fields tend to be less economic, and may not be enticing enough to be developed at all. “Low resources per discovered field can influence its commerciality. Under our current base case price scenario, we estimate that over one billion boe discovered during 2017 might never be developed,” Rystad’s Passos said.

In terms of location, the top three countries for discoveries in 2017 were Senegal, Mexico and Guyana. Kosmos Energy discovered the Yakaar gas field in Senegal, which could transform West Africa into a notable LNG exporting region. Talos Energy discovered the Zama field, adding roughly one billion boe in recoverable resources in Mexico. Meanwhile, ExxonMobil added another one billion boe to its resource base in Guyana this year, the latest in a string of discoveries in the South American nation.

Still, there wasn’t too much else to write home about. The massive cuts to upstream spending could leave a gaping hole in supply in the future.

Because large conventional discoveries typically take years to develop, it is not as if the shortfall will be felt immediately. Even the past several years of paltry discoveries probably won’t lead to supply problems for quite a while.

There are still large stocks of crude oil in storage, and US shale will continue to grow at a blistering pace into 2018. Beyond that, OPEC has quite a bit of surplus capacity sitting on the sidelines. It might not be until the 2020s until the lack of discoveries starts translating into supply issues. 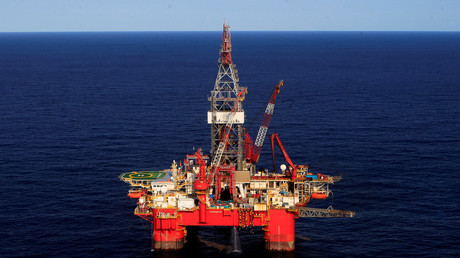 “While there have been some notable successes this year, we have to face the fact that the low discovered volumes on global level represent a serious threat to the supply levels some ten years down the road,” Rystad’s Passos said.

“Global exploration expenditures have decreased year-over-year for three consecutive years now, falling by over 60 percent from 2014 to 2017. We need to see a turnaround in this trend if a significant supply deficit is to be avoided in the future.”

That echoes the repeated warnings from the IEA, which recently predicted that despite the expected massive growth from US shale over the next decade or so, shale won’t be able to carry the load all on its own.

Shale “cannot increase indefinitely,” the IEA said in its 2017 World Energy Outlook. The IEA also noted that about 2.5 mb/d of supply is lost each year due to depletion, a gap that must be made up with new projects. And the impact of “near-record lows of new conventional oil projects receiving approval in recent years has yet to be fully seen.”

The post Oil discoveries at lowest point since the 1940s appeared first on News Wire Now.

Crawley has been identified as the place in Britain at highest risk of widespread job losses amid the coronavirus crisis, according to a report warning that the economic damage will fall unevenly across the country.

More than half of all jobs in the West Sussex town are at risk of being furloughed or lost, according to the Centre for Cities thinktank, which said Crawleys high reliance on the aviation industry placed it at the heart of the economic storm.

As an employment hub for the nearby Gatwick airport, Crawley has the highest proportion of jobs in the aviation and aircraft manufacturing industries of 62 large towns and cities the thinktank examined, meaning its local economy could be the hardest hit in Britain.

More than 53,000 jobs are classed as vulnerable and very vulnerable in Crawley, of about 94,000 in the area. About 18% of jobs are in aviation, compared with 1% on average across other big towns and cities.

In a report highlighting the uneven economic damage caused by th..

Fox: Brits will not accept lower food standards after Brexit

Trade secretary Liam Fox has said the government will not lower food standards after leaving the Eur..

The machine age is upon us. We must not let it grind society to pieces | Chuka Umunna

What good is glittering technology if it robs us of jobs and rips communities apart? We need to work..