Fake news may spell the “beginning of the end” for social media giants, a media expert has claimed. Facebook and Twitter risk tough sanctions in the UK for allegedly failing to provide evidence of disinformation.

Unless there is a clampdown on the companies’ indiscriminate power over users’ data, “it may be that this is the beginning of the end for these firms,” said Damian Tambini, director of the London School of Economics’ media policy project.

Tambini claimed that because of their “monopoly position,” online firms such as Facebook, Twitter and Google effectively assume a role between an “editor and a censor” when manipulating algorithms to filter fake news.

Amid greater scrutiny of the companies’ activities, the days when social media giants were able to influence public opinion may be coming to an end, Tambini claimed.

“For these super-giant companies, it’s got very serious. They have to face up to the fact
they’re coming up against existential problems in liberal democracies.

“They should clarify the principles behind how their algorithms rank news, because when they tweak them they effectively become something between an editor and a censor — particularly given their monopoly position,” he added, according to the Times.

Tambini said governments should act to make the social media giants as liable as publishers. 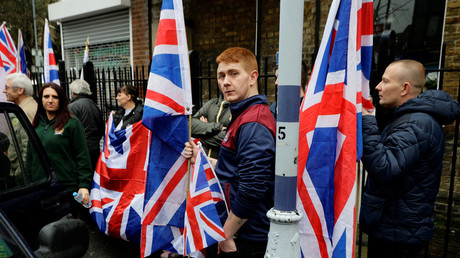 “They have enjoyed this ability to use our data, our content, our innovation, to create huge businesses and we have given them a shield from a lot of the risks. Essentially, we made them. Is this the year we begin unmaking them?”

It comes as Facebook and Twitter risk sanction for failing to present sufficient evidence as part of a parliamentary investigation into fake news and alleged Russian interference in elections in the EU and US.

Damian Collins, the Conservative chairman of the Commons culture select committee, said Twitter’s response to the inquiry has been “completely inadequate” when the firms revealed there were no evidence of Russian interference in the Brexit referendum.

He called for scrutinizing procedures which enable authorities to verify whether companies like Facebook are efficiently identifying sources of information.

The companies could face sanctions if they fail to hand over information before January 18 about alleged Russian interference, Collins said.

Facebook, Google and Twitter claim they take the problem of fake news seriously and have invested in initiatives to tackle it. They added artificial intelligence and moderators are taking care of moderating dangerous content.

Man, 35, charged over murders of mother and daughter with stolen gun

Heather Whitbread and Michelle Savage were killed in the shooting
A man has been charged with steali..

A university vice-chancellor received more than £800,000 in her final year in post, it has been reve..

Labour have appointed their second-ever female general secretary in the party's history as trad..

Tracey Connelly is reportedly asking for a hysterectomy because she thinks it will increase her chan..