Right about what about would happen if Britain held a second EU referendum. Right that a second vote on EU membership anytime soon would kill, possibly forever, any chance of rebuilding a meaningful relationship with the EU. Right that Remainers should be careful what they wish for.The passionate demand for a second vote echoes loudly on social media, which has rather too much influence on British political debate. Go to Twitter or Facebook and invoke the letters FBPE (Follow Back, Pro-EU) and you'll soon get the impression that simply everyone agrees Brexit is a disaster, that everyone now realizes that Leavers (poor, gullible fools) were tricked into voting Leave and will now welcome the chance to change their mind and keep us in.But step out of the bubble, and leave London (or its cultural suburbs in Brighton, Oxford, Bristol and Cambridge) and you'll discover that precious few Leavers have changed their minds. Brexit may well be a disaster in the making, but it's a disaster that millions of people have yet to see or experience. Indeed, the most remarkable thing about public opinion on Brexit is not how many people have changed their minds since the referendum, but how few: opinions remain remarkably stable and consistent in almost all polling.Of course, that could change in the event of a second referendum. Perhaps the Remain campaign would learn from its 2016 failures and do better this time, engaging with the cultural and social factors that drove the Leave vote instead of relying on a dry economic threat. But so far, there is no sign of the arch-Remainers doing so: Too many still believe that all that's needed is another lecture on the horror of Brexit and the Leavers (poor, simple-minded folk) will final realize how stupid they've been and recant. Or die: Perhaps the most horrible and counterproductive Remain trope is that Leavers are all elderly pensions who will pass away soon, leaving Britain with a pro-EU majority. Leaving aside how distasteful this is, and how statistically dubious, it's also very revealing: if you're relying on the Grim Reaper to help you, you're admitting you can't win the argument by force of persuasion.Or perhaps to win Britain back into the fold, the EU27 would suddenly make a big, generous concession on, say, freedom of movement? Again, there seems little sign of other EU nations wanting to reverse the British referendum. The Union has already started to move on to other priorities and debates. Ask yourself how far Emanuel Macron would go do bring Britain back into the EU? And how would the UK's liberalising Anglo-Saxon presence at the Council table help him advance his plans for a "Europe that protects"? So absent a better Remain campaign and a better EU offer, what else would UK voters be presented with at the second referendum? An angry, motivated and battle-hardened Leave machine driven by the narrative of betrayal and outrage. 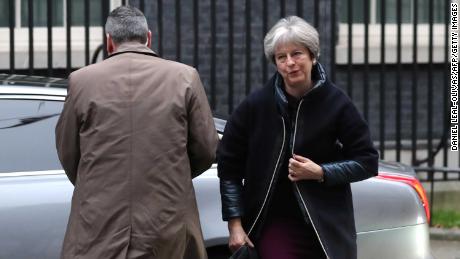 "You voted already. You know what you voted for — but these people just won't listen to you. You need to shout louder," Farage could say in that campaign. "What part of 'Leave the EU' didn't they understand? Use your vote this time to make sure these sneering, London elites finally get the message."And he would, I suspect, find himself on the same side of the referendum as not just the Conservative Party leadership, but Jeremy Corbyn's opposition Labour team too.My guess is that such a campaign would not just win but win by a wider margin than in 2016. And my fear is that in winning after a campaign charged with even greater anger and vitriol than in 2016, Britain would be left with an even more divided and dysfunctional politics than it has today.Instead of pursuing the risky dream of a second referendum, a better use of Remainer energy is the Single Market. There is very likely a majority in Parliament for a Brexit that keeps Britain in the Single Market, and very likely a majority in the country for it too. Remainers can still bring this about, but instead of trying to reverse the 2016 referendum, they need to find allies on the other side: the Leavers who would back the Single Market, who believe that "Norway" or EFTA membership or some similar deal can both honor the demand to leave the EU and avoid huge economic harm to the UK.So Remainers should pay close attention to Mr. Farage today. He's right, sadly.

Footage from the International Criminal Tribunal for the Former Yugoslavia (ICTY) showed 72-year-old..

A spokesperson for the Social Democrats, (SPD) confirmed it had reached a deal with Merkel's ce..

France’s interior minister has described images of police breaking up a refugee camp in central Paris, chasing people down streets and attacking…