I could feel the blood stand still in my body, the breath leaving my chest, a numbness coming over me. Is this really happening? I asked a man next to me, "You also get this?" He had. Others nearby started running. I did, too.Find your family, I thought. My older brother, my mom and a cousin were at the car. Another cousin was missing. He's loading the boat, his wife said. I've been calling his name but I can't find him, she said. I ran for the dock. "Neal!" I shouted. There he was. With no cell phone on him, he still had blue ocean on his mind, not impending death. I hustled him back to the car and read him the message. His jaw dropped.There was quiet and confusion. No alarms sounded or blared directions. Where do we go now? How long do we have? How long would it take for a missile to arrive from North Korea? The US would surely shoot it down, right? 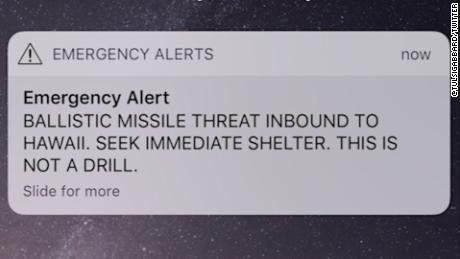 One of the marina employees called us into a nearby hangar where the boats were stored. Seek shelter. Right. They rolled down the overhead doors, shutting us in with about half a dozen other families. Enclosed, in the dark, panic filled the air. It wasn't hysteria — there were no shrieks or sobs — but people were scared. A child sat on the concrete floor, his head in his knees, rocking back and forth. A young man appeared to have a mild panic attack, his father trying to calm him. My brother called his wife, at home with their newborn baby in Honolulu. My breathing was ragged. My voice shook as I told a group of strangers that I worked in news. I haven't heard anything, I told them. My assignment desk is checking with the Pentagon, I said. I imagined a fiery missile hurtling through space above us. Minutes had gone by. Someone had to tell us what was happening soon. We waited in shock. I checked my work email incessantly, hoping for an update. 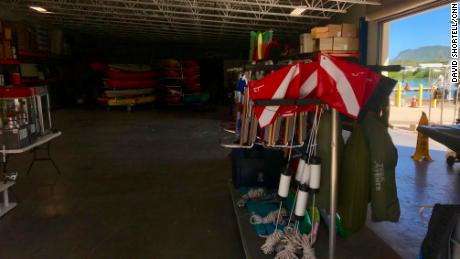 "We're going to war," a man next to me said. That consumed my thoughts for the next few minutes. 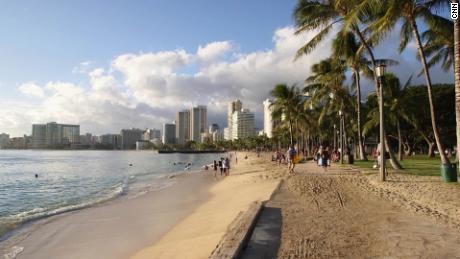 Then, 15 minutes after the alert arrived, the tweets came in. One from US Rep. Tulsi Gabbard of Hawaii; a second, a minute later, from the state's emergency management agency. False alarm. I announced the news to the hangar. The air in the room changed. Color entered back into people's faces. As more tweets rolled in from local officials and politicians, the reality set in. We lifted the doors back open and the sun shown in. It was still bright outside.We emerged from the hangar, laughing nervously and shaking our heads incredulously. Before the official alert hit our phones, confirming the all clear, we were out on the water in our rented pontoon boat, speeding forward. A big, old turtle poked its head above water then resubmerged, swimming slowly on.

The president of the Oscars Academy has hinted that more big names could face expulsion as a result ..

A daredevil inventor who believes the Earth is flat blasted himself around 570 metres (1,875ft) into..

An airline is facing mass Christmas disruption after accidentally allowing all its pilots holiday ov..