Speaking on Monday in the aftermath of Saturday's shooting in which six African migrants were injured, Berlusconi said the current climate surrounding immigration in Italy amounted to an "emergency.""Today in Italy there's a perception of insecurity that we must take into account," he told Italian television channel Rai Tre."There is a very serious social alarm that derives from the presence in Italy of many illegal migrants. We Italians are not racists. However, there are emergency situations."Four Nigerians, one Malian and one Gambian were injured in Saturday's attack in Macerata, which raised fresh tensions over immigration in Italy.On Sunday, Berlusconi labeled the center-left Italian government's asylum policy a "social timebomb."On Monday, he sought to clarify his comments, insisting "Italians are not racists.""Criminality is not distinguished by the color of the skin: we Italians are not racists," he told Rai. "But we cannot ignore the social alarm that comes from the presence of many illegal immigrants."To address the issue of immigration, we need European treaties and the help of law enforcement in the streets."

His comments will add further tension ahead of the Italian election on March 4. 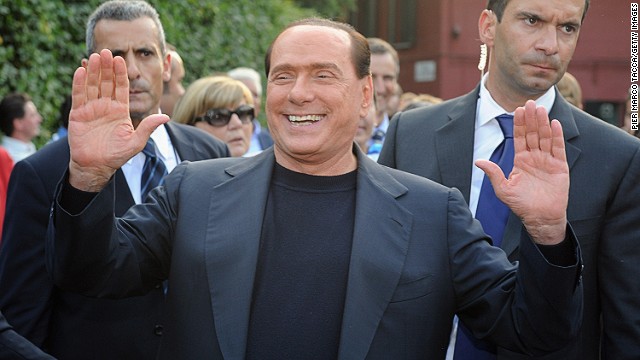 Berlusconi, who resigned as prime minister in 2011 and has held the position in four governments, has emerged as the unlikely kingmaker in the upcoming vote, despite currently barred from public office following convictions for bribery and tax fraud.The 81-year-old media tycoon has brokered a right-wing alliance for the election with the neo-fascist Brothers of Italy party and the anti-European Union, anti-immigrant Northern League.According to election records, the man arrested after Saturday's attack, Luca Traini, was a candidate for the Northern League party in the 2017 local elections.Traini stood in the nearby town of Corridonia but received no votes.

Four-time Tour de France winner Froome, who rides for Team Sky, was found to have double the allowed..

How migrants are exploited in Italy’s tomato fields

Fierce battles have continued to rage in eastern Ukraine with Russian troops on the verge of encircling a key industrial city, bringing…