Holly Willoughby usually gets it pretty right when it comes to her Dancing On Ice looks. 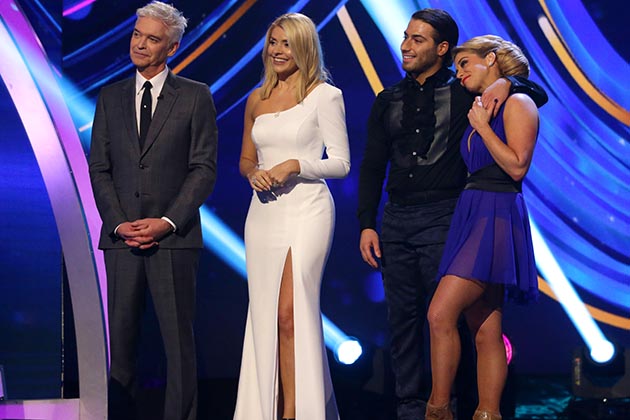 Seriously, did you SEE her incredible white gown a couple of weeks ago?!

Unfortunately, it looks like the 37-year-old’s latest offering to fashion hasn’t been as well received, as she took to the ice in a unusually busy dress.

The long, black gown featured one strappy shoulder and the other covered with a piece of material.

Ditching her understated look, the This Morning presenter’s outfit was also dusted with sparkly jewels all down one side.

But while we think the mum-of-three looks totally amazing, DOI viewers at home were left confused by the choice of dress and took to Twitter to question Holly’s look.

“Where’s the other half of Holly’s dress? #DancingOnIce”, said one fan.

While another added: “Oh dear. They ran out of fabric for Holly’s left shoulder. #DOI #DancingOnIce”.

And they weren’t the only ones…

Luckily, there were a load of loyal Holly fan who couldn’t get enough of the bold design, as one wrote: “Absolutely love Holly’s dress, she never disappoints #dancingonice @hollywills @dancingonice”.

And another agreed: “Holly looks stunning. I love her dress @dancingonice #dancingonice”.

It comes after Holly and co-host Phillip Schofield had to say goodbye to two celebs on this week’s Dancing On Ice following a shock double elimination.

While rugby star Max Evans, Coronation Street’s Antony Cotton and presenter Donna Air all fought for their place on the show in the skate off, only one could make it through. 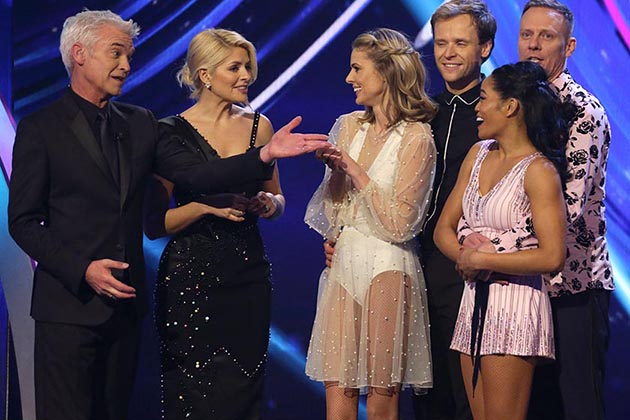 Unfortunately, Antony and Donna became the latest stars to be kicked off after the judges unanimously agreed to save Max, and he’ll go on to skate again next week.

The competition is really heating up… From our sister site, CelebsNow.

Growing numbers of fake medicines linked to coronavirus are on sale in developing countries, the Wor..

Holly Willoughby and Phillip Schofield were forced to apologise to viewers live on Wednesday’s editi..