Lorraine Kelly recently found herself in hot water with viewers of her daytime chat show, after she commented on Myleene Klass’ weight during an interview.

Mylene – who will mark her milestone 40th birthday in April – was promoting her brand new fitness DVD, My Body By Myleene Klass, on the ITV show. 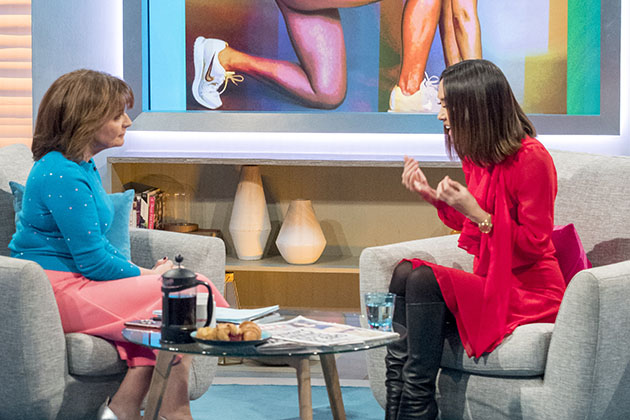 But as the 39-year-old talked about ‘feeling strong’, flaunting her figure in a red dress, she admitted it was a completely different story when she was in pop group, Hear’Say, 17 years ago.

Opening up to Lorraine, she admitted touring was bad for her health.

She said: ‘We were sat on a tour bus eating chocolate. I wore so much makeup it was like war paint.’

At which point, the Scottish presenter, 58, decided to quiz her on looking ‘too skinny last year.’ 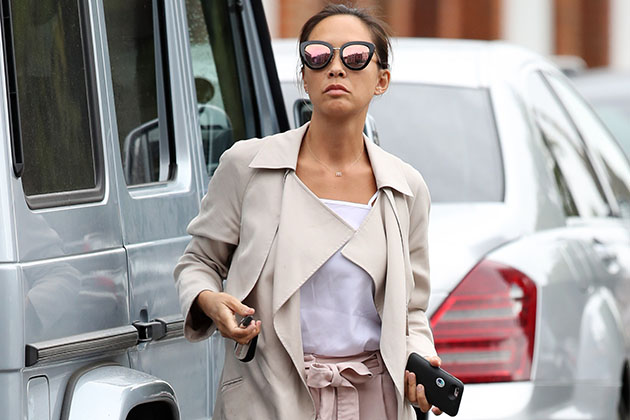 Fans instantly rushed to Twitter in outrage as they accused the TV presenter of ‘body shaming’ the former singer.

‘Wow Lorraine, nice body shaming there to Myleene saying that she got ‘too thin last year’- so rude and you could tell Myleene was taken aback, embarrassed and didn’t want to talk about it,’ one user wrote.

However, Myleene brushed off the comment, saying she’d ‘never go back’ to her 20s, as she admitted she was staying on top of her health for the sake of her daughters – Ava, 10, and Hero, six, with her ex-husband Graham Quinn.

She said: ‘I really want to now look after my body and do a fitness programme. It gets results and it’s a shoutout to mums saying I’ve got this body from doing the work.There’s a lot of women sitting on the sofa who’ve had two kids who would like to find themselves again.

‘I feel strong. I’ve got two little girls that I want to show a positive body image to, and also I want to feel strong, and I want to make sure that I’m around for my girls in the years to come and then I can keep up with them as well.’

New Zealand's PM has said nearly everyone entering the country from midnight on Sunday must sel..

Loose Women is well-known for tackling difficult subjects head on, and Tuesday’s instalment of the s..

Coronavirus: Young people are not invincible, WHO warns

Young people are not immune from coronavirus and must ..