In fact, the pair are so loved-up, they even went official on Facebook over the weekend. 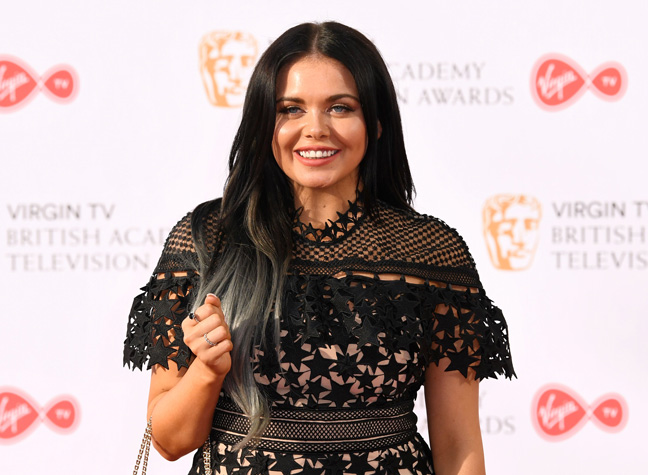 But while fans are pretty excited about our Geordie girl’s hunky man, there’s one person who’s not very happy about the blossoming relationship – and that’s Lee’s ex-girlfriend!

His former flame is so annoyed that she’s blasted the Geordie beefcake as a ‘fame hungry cheat’ who is ‘clinging on for five minutes of stardom.’

Scarlett, who found fame on Gogglebox, reportedly got together with Lee in December when she headed home to Durham, but his ex has told OK! magazine: “Lee was with me at Christmas.

“He’s a cheat and always has been. He has no respect for anyone and he’s fame hungry and using her.

“He regularly told me how he just wanted to be known as Instagram famous – that’s the type he is.”

The anonymous ex even claimed Lee had messaged her last week to say he’s not over their break-up, telling her he’s finding it “hard to let her go” – although neither Scarlett or Lee have commented on the reports.

The scathing rant comes just days after 27-year-old Scarlett went public with her beau by sharing an adorable snap of the pair together.

Taking to Instagram, the I’m A Celebrity winner said: “It’s good to be back in the toon #datenight’, which obviously sent her 1.7million followers wild.

The sweet photo is sure to silence rumours she’s been cosying up with her co-star Ant Mcpartlin after speculation of a romance hit an all-time high last week. The pair have both denied the reports.

Well, if there’s one thing we know for sure, it’s that we can expect to see a load more seriously loved-up pics from Scarlett and Lee very soon!