After months and months of speculation, Donna Air has confirmed her split from James Middleton, having dated the Duchess of Cambridge’s younger brother since 2013.

“James and I are no longer an item. We parted ways in December but remain the very best of friends and always will be,” Donna told the Mail on Sunday this week.

While their relationship was notoriously on-and-off, it had seemed as though they had put their past behind them.

In May 2017, Donna was one of the guests at James’ sister Pippa Middleton’s wedding. This demonstrated how serious the two were about their relationship since Pippa reportedly had a “no ring, no bring” rule for guests. 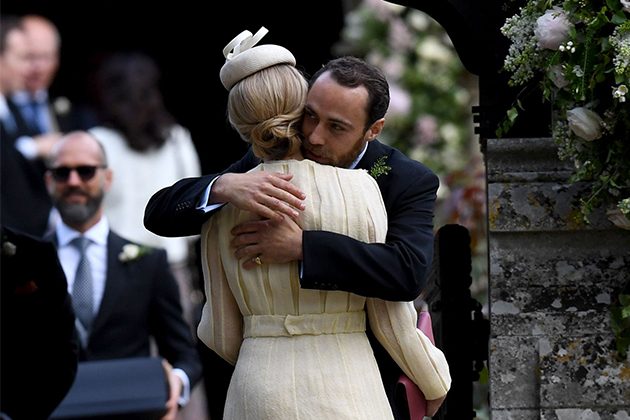 In a 2016 interview with the Daily Mail, James said, “Marriage is absolutely not something I’m scared of [but it] isn’t necessarily the be all and end all.”

Donna has a 14-year-old daughter, Freya, from a previous relationship with multi-millionaire conservationist Damian Aspinall.

“I love Donna very much and Freya is very much part of Donna, and I love them both equally.”

It seemed as though the two were a great match, with James himself stating, “We are quite purposeful, forward-thinking people, so we needed wind in our sails in order to progress. She makes me very happy [and] I think I make her very happy.”

He even admitted that children were perhaps in the future for them. “I want children. I’ve said that before. I will have children, but you’ll have to wait.”

The last sign that the two were together was when James was seen in the audience watching Donna on Dancing on Ice in January. However, it seems this was just a friendly show of support as the two are said to have split sometime over the Christmas Holiday period.

With summer fast approaching, we reveal how celebrities got holiday ready.
From diets, gym and dance..

Did Paul Hollywoods ex-wife call his 22-year-old girlfriend a tart?

After it was revealed Paul Hollywood has a new 22-year-old girlfriend, his ex wife has seemingly mad..

Following the shocking news of Ant McPartlin’s and Lisa Armstrong’s divorce, the couple have refrain..