The Duchess of Cambridge eschewed the unofficial all-black dress code for this year’s BAFTA ceremony. She did however, offer a nod to the Time’s Up movement, with a black sash around her sombre, deep green gown. 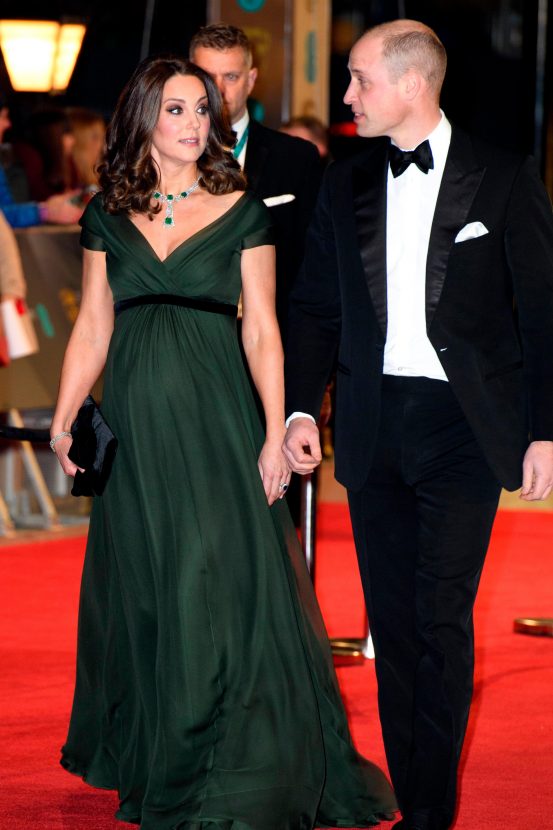 There has been much speculation about whether Catherine would adhere to the suggested dress code. The Duke and Duchess of Cambridge were guests of honour at the ceremony tonight, where female attendees have been asked via a letter to dress in black.

A letter was circulated to all female nominees about the decision. And it was said that it was being done in order to make a “strong, unifying and simple statement”. The decision echoes that of attendees at the recent Golden Globes, who also dressed in all-black to stand in solidarity with people who have been victims of sexual abuse.

Members of the Royal Family are supposed to avoid all political statements, putting the Duchess in a difficult position.

In her usual diplomatic style, Catherine took the middle ground in a stunning dark green Jenny Packham gown – complete with a black sash as a nod to the Time’s Up movement.

Neither the Duke or the Duchess appeared to be wearing the Time’s Up pin. 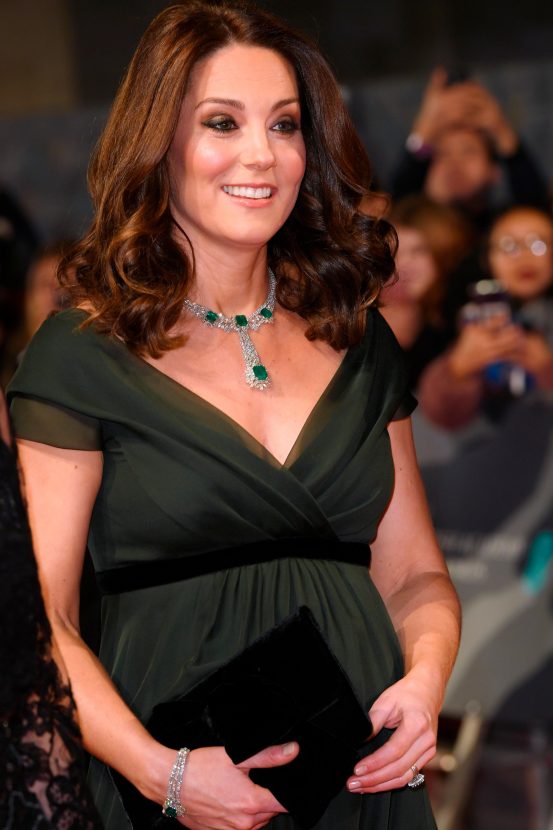 This was the first year Joanna Lumley has presented the awards, and she took her opening speech as an opportunity to pay homage to the “important” movement.

Viewers appeared to be loving Joanna as host, with one writing, “I would love for joanna lumley to just narrate my life #EEBAFTAs.”

The post Duchess of Cambridge dazzles in a deep green dress – with a black sash nodding to the Time’s Up movement appeared first on Woman Magazine.

Germany has reopened small shops, car dealerships and bicycle stores, in a tentative easing of the c..