On Sunday night, Joanna Lumley took to the stage to host the 71st annual BAFTA awards – replacing Stephen Fry for the first time in 12 years.

The celebrated actress kicked off the evening by leaving viewers in fits of giggles, with an hilarious sketch.

The video saw Joanna phone various male celebs – although their end of the call were scenes lifted from some of their best-loved films.

And fans clearly loved it – with one writing, “#JoannaLumley quintessentially the most perfect British lady – fantastic performance”. 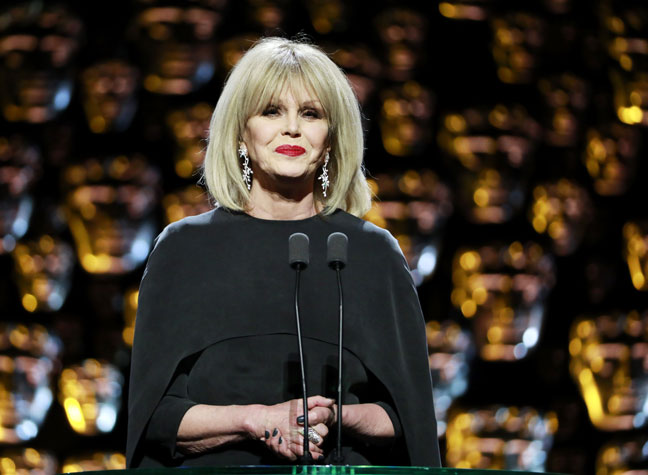 However, when it came to the actual ceremony, things got a little more awkward for Jo Lumley.

The 71-year-old began by announcing the first award – and the actress presenting it, Jennifer Lawrence.

She said, “Right let’s start giving out some of those beautiful BAFTAs, shall we?

“And we start with the award for Outstanding British Film. And who better to kick the whole evening off than the hottest actress on the planet.

“Soon to be seen in Red Sparrow, it’s the ravishing Jennifer Lawrence.”

Raptuous praise, right? But it seems JLaw didn’t see it that way. As she approached the microphone, she responded in a less than enthusiastic way.

She said, said “Hi, that was a bit much, but thank you Joanna.” 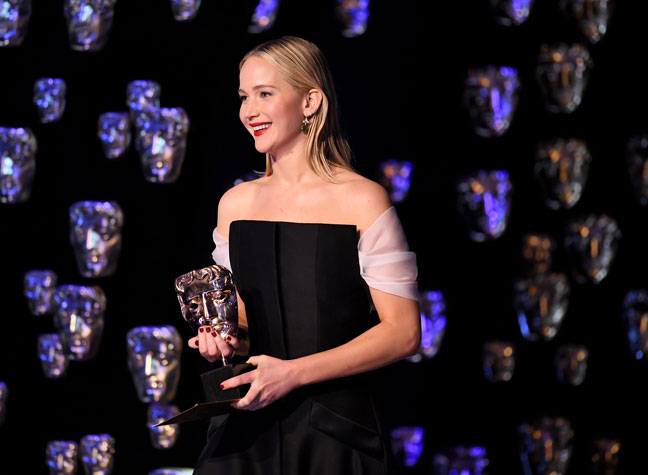 While some might argue that Jennifer responded with her typical, dry humour, some viewers were NOT happy about the response.

Enraged fans took to Twitter to criticise the Hollywood megastar, calling her rude and ungrateful. And others were downright insulted that Jennifer apparently snubbed ‘national treasure’ Joanna.

One viewer wrote, ‘If you’re a Hollywood star and have a film coming out next month, don’t piss off a majority of the UK by insulting our national treasure! #JoannaLumley #NationalTreasure #EEBAFTAs

And another said, ‘How rude was #JenniferLawrence to @JoannaLumley just then!!! #BAFTAs

Another viewer agreed, ‘You DO NOT be rude to Joanna Lumley. Accept the compliment with grace and dignity Jennifer Lawrence #EEBAFTAs’

A third viewer commented, ‘How very dare #jenniferlawrence be so dismissive of #joannalumley #BAFTAs

While a fourth angry fan said “Jennifer Lawrence doesn’t get to diss the loverly Joanna Lumley. It’s just not on. #EEBAFTAs

However, some viewers hit back, suggesting Jennifer has simply responded in her usual, self-depricating way.

One fan wrote, ‘I think #JenniferLawrence was just trying to be humble.If she’d said’yeah youre right’everyone would think she was conceited-so you cant win either way.She did say thanks so I dont think she was intending to be rude.Its very easy to say somethingthat comes across wrong #EEBAFTAs

While another said the criticism was ‘ridiculous’.

They wrote, ‘it’s ridiculous, it was her being self-depreciating. And Lumley and JLaw were talking after when Lumley said she saw mother! and thought she was robbed by not being nominated. Lumley had no problem with it, neither should anyone else’.

Uh-oh! So what did you think of the awkward moment?

California has issued a “stay at home” order to residents as it tries to stem the march of the coron..