On Wednesday 21st February the Duke and Duchess of Cambridge made yet another royal visit – this time venturing up North, to Sunderland.

The royal couple first headed to the Fire Station Arts Centre in the city centre, to meet with local young people for a morning of music and arts performances.

Catherine and William then headed to chat with a group of young girls, who were creating henna tattoos.

It was then that Catherine decided to ask one of them, Shajida Begum, 18, if she could create one of the tattoos on her wrist – to which she happily agreed.

Speaking to the Mail Online, Shajida shared the details of the conversation. 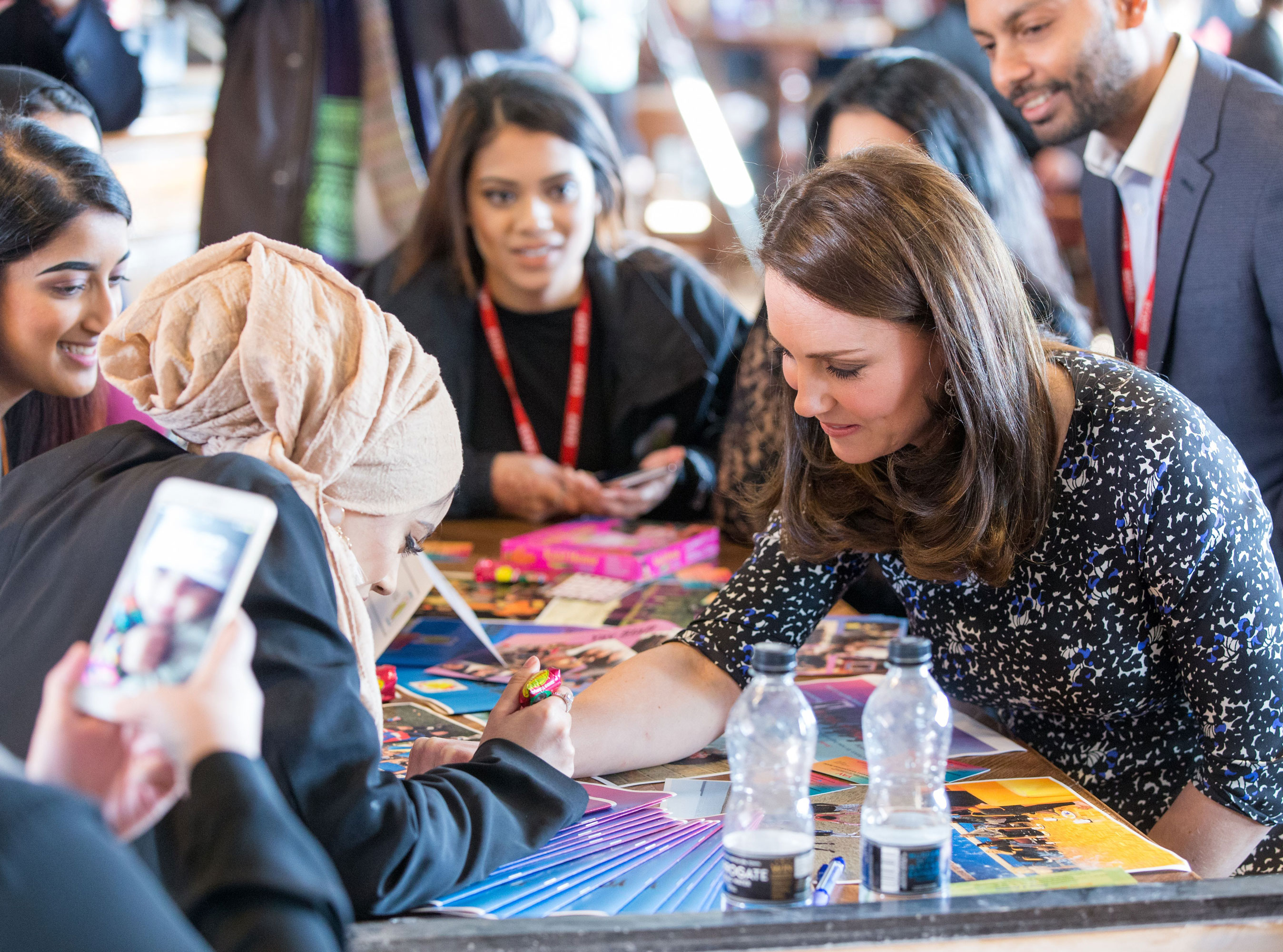 “She was saying that it was really pretty.

“I was just telling her how it works. I was telling her when she can wash it off – I said ‘when it becomes flakey’.” 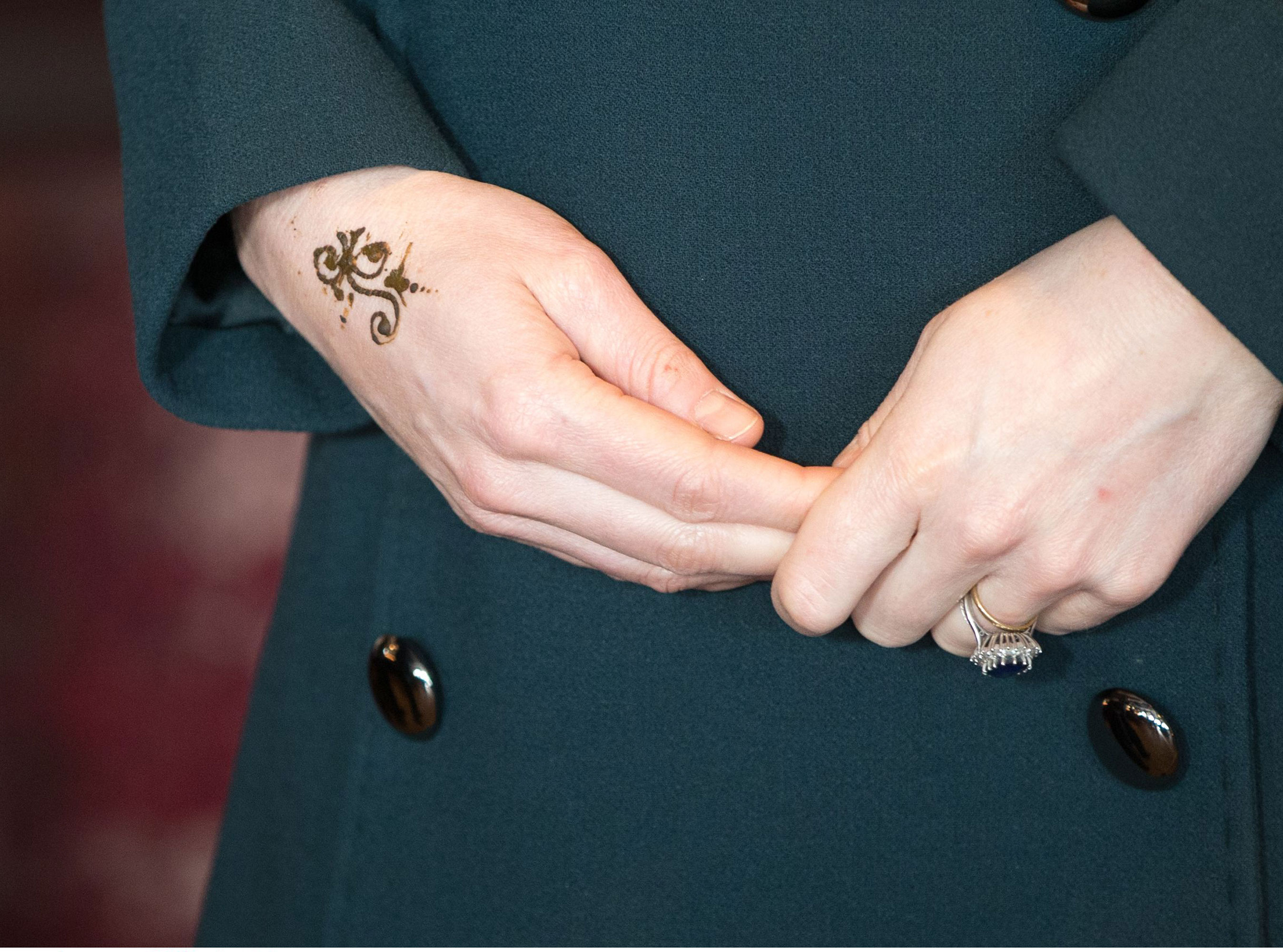 It’s reported that the Duchess of Cambridge also asked if she was able to take home a pack of bindis, which she said were for her young daughter Charlotte.

The bindi is traditionally said to ward off bad luck. So perhaps the Duchess is hoping the gift can bring good things for her youngest child?

Catherine made sure to wrap up warm against the cold for her royal visit yesterday, in a sleek, green Dolce and Gabbanna coat.

Underneath, the Duchess chose a floral dress from her favourite maternity designers, Seraphine. The choice was somewhat of a budget option for the royal, costing just £159 – although, it’s now sold out on the brand’s website due to the usual Catherine-effect.

Later on in the day, Catherine and Prince William donned their hard-hats and high-vis vests, to visit the new Northern Spire bridge over the River Wear.

The bridge isn’t due to open until September, but it seems the royal couple were happy to lend a helping hand with the construction, as they readily agreed when asked to screw in the final bolts to the structure.

However, it seems the Duke was a little concerned about the professionals handing over duties to him and his wife, joking that the bolts would all drop out after they were finished.

He asked, “Is this a key bit? What happens if it doesn’t tighten properly, how tight do you need it to be?”

Before joking, “We’ll walk away and the bolt will drop out.”

“I put make-up on at 3am”: Stacey Solomon opens up about acne shame she felt when first dating Joe Swash

Uh-oh! Peter Andre has landed himself in hot water with wife Emily recently, after sharing a very sa..

Katie Price showed off a new look this week on Loose Women, with a short blonde hair do and a sophis..

The US has cut interest rates to almost zero and launched a $700bn stimulus programme in a bid to pr..