Uh-oh! Peter Andre has landed himself in hot water with wife Emily recently, after sharing a very saucy Instagram picture with his followers.

On Valentine’s Day, the Mysterious Girl singer the sweet gifts he’d been given from his beau, for the big day. 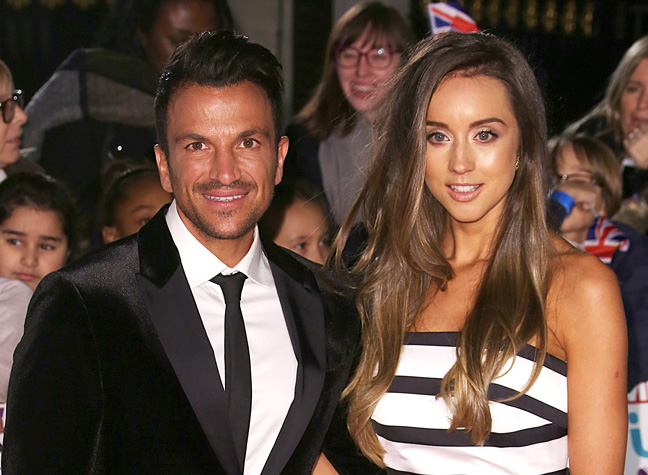 Like any loving partner, Emily had bought her hubby of three years a card, along with some stunning red roses.

It read, “Peter, your massive heart is one reason why I love you. Your massive willy is another.”

The saucy snap was picked up on by plenty of Pete’s followers, who couldn’t believe the cheeky message Emily had sent her beau.

But unforunately for the crooner, it looks as though sharing the card may have got him in trouble at home.

Writing in new! magazine, Peter confessed that Emily was pretty unhappy at her cheeky card having been revealed.

He said, “There was a lot of interest in a rather cheeky Valentine’s Day card I received last week.

“Even though I never mentioned who sent it to me, I was the one in the doghouse with Emily for posting it on Instagram, which is why I deleted it.”

Peter also went on to share his disbelief that he’d ended up in trouble, despite buying Emily some gorgeous gifts for Valentine’s.

“I have no idea why. Oops! I got her some boots, a handbag and some beautiful flowers, among other things, which she loved.

“But I still ended up in the doghouse. Why!”

The hilarious news comes as Peter congratulated his wife for her current guest stint on Lorraine. Emily, who is a practicing doctor, has been taking over for Dr Hillary on the ITV show recently.

And Peter heaped on the praise on his Instagram, saying he was “proud” of her big accomplishment.

Well, with that sweet message, we’re sure all has been forgiven between Peter and Emily by now then!

The post Peter Andre is ‘in the dog house’ with wife Emily after posting this VERY cheeky Instagram snap appeared first on Woman Magazine.

Stacey Solomon has angrily hit out about reports focusing on her sex life with boyfriend Joe Swash.
..