Lady Kitty Spencer walked the runway for Dolce and Gabbana at Milan Fashion Week last weekend, demonstrating the grace and poise you would expect to see from Princess Diana’s niece.

Kitty, 27, made her catwalk debut for Dolce and Gabbana last year – she also stars in their Spring/Summer 2018 campaign, so it is no surprise that she chose to walk for them again in their “Secrets & Diamonds” show.

Kitty is the eldest daughter of Charles Spencer, the late Princess Diana’s brother, making her first cousins with Prince Harry and William.

She and her sisters first caught media attention when they appeared at the Duke and Duchess of Cambridge’s wedding, looking strikingly like their aunt.

She posted a photo of herself wearing a sequinned silver dress, with a matching purse and diamonds, captioning it, “what a DREAM. Walking for Dolce & Gabbana in the #DGSecretDiamonds Show. I love you guys so much, thank you for having me.”

Dolce and Gabbana are definitely going for a royal theme, with Lady Violet, Lady Alice and Lady Eliza Manners also walking in the show, along with Suki Waterhouse’s little sister Maddi.

Kitty posted a video of herself being glammed up for the show, and fans were obviously amazed by the similarities between her and her aunt. One commented, ‘you look very much like your aunt princess Diana’, while another said ‘Wow you look just like Princess Diana. Stunning.’

It seems Kitty’s celebrity pals are fans too, with Marcella’s Anna Friel commenting “You are like a doll…. so so pretty. Prettier than the diamonds even… xxxxx”

The day after, she attended the brand’s prêt-à-porter show, but this time sat in the front row along with other esteemed guests and royals, such as Emma, Viscountess Weymouth. 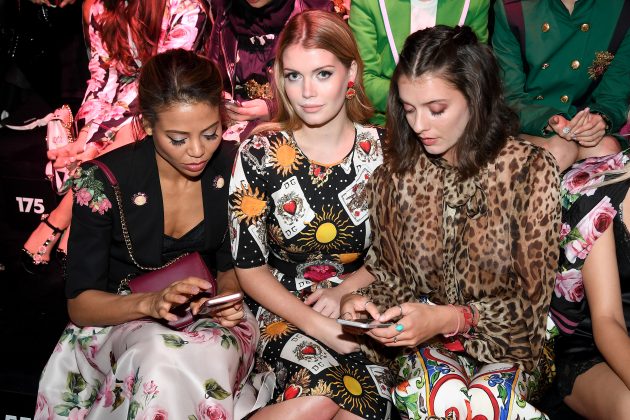 Seeing as though Kitty is bound to be amongst those invited to Harry and Meghan’s wedding, we can’t wait to see how gorgeous she looks!

Coronavirus: Africa will not be testing ground for vaccine, says WHO

The head of the World Health Organization (WHO) has condemned as “racist” the comments by two French..

Coronavirus: Four out of five people’s jobs hit by pandemic

A total of 81% of the global workforce of 3.3 billion people have had their workplace fully or partl..

Cardinal George Pell has been freed from jail after Australia's highest court overturned his co..

Did Paul Hollywoods ex-wife call his 22-year-old girlfriend a tart?

After it was revealed Paul Hollywood has a new 22-year-old girlfriend, his ex wife has seemingly mad..