Stacey Solomon has revealed that she wears a £1,000 wig, and fans cannot believe it!

In her column, for The Sun, Stacey has spoken about why she wears the wig, which she affectionately calls ‘Suze’.

Suze came into my life because, after years of bleaching, tonging, blow-drying and straightening, my natural hair is completely ruined.

Stacey admitted that as a result of years of heat treatments and hair dying, she now has “wiry, broken strands and a psoriasis-ridden scalp. Stress causes flare-ups and it’s so damn itchy.” 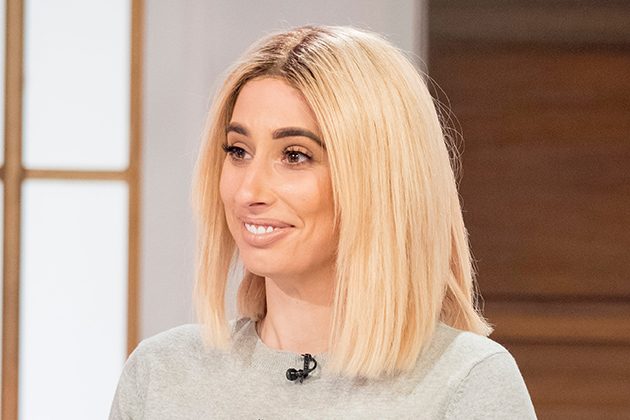 That’s where ‘Suze’ came in. Stacey admitted that she was “extremely expensive”, but saw her as an investment,

This is not the first time fans have had a glimpse of Stacey’s companion. Last month, she posted a video to Instagram of her washing the wig over her knee in the bath, and some people were quite taken aback!

One commented, ‘I’m confused I thought this was her real hair’, with another adding ‘I never knew u had a wig!’

Stacey has admitted that the wig is mainly for work, “I try to be completely natural in everyday life and just shove the wig on for work.

“Imagine what people would say about me on Twitter if I went on TV with long, grown-out roots and frizz. I have to make myself look presentable but for the rest of day-to-day life there’s no point.”

However, she has worn ‘Suze’ to parties, and on dates with her boyfriend Joe Swash – she even wore it with him on Valentine’s Day!

“Joe didn’t even realise I was wearing a wig – until we got home.

“I peeled Suze off and was left with this slicked-down hair underneath. It’s really not attractive. You have to be very comfortable with the person you love to whip your wig off in front of them.”

Stacey certainly loves to laugh, and she pointed out that her sons are big fans of the wig.

“My boys think it’s hilarious and I often find them parading around the house in Suze, so she’s more than just an accessory, she’s an entertainer.”

At the end of the piece, Stacey admitted that if she could give her 14 year old self any advice about her hair it would be… “Don’t mess with it!”

“For those of you who are constantly dyeing and straightening your hair, stop. I miss my old hair so much and I never appreciated it when I had it. 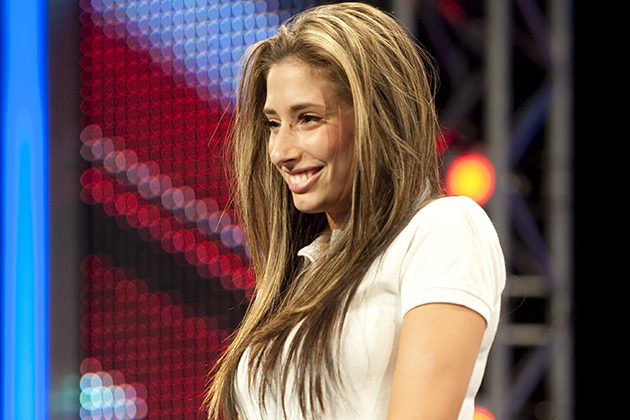 “In my X Factor audition all of that hair was mine. That photo actually makes me want to cry.”

EDITORIAL USE ONLY. NO MERCHANDISING Mandatory Credit: Photo by Ken McKay/ITV/REX/Shutterstock (9450..

Holly Willoughby struggled to hold back tears on Wednesday as the dad of brave tot Alfie Evans appea..