It was ladies night on Friday as a host of famous faces, including Megan McKenna and Sarah-Jane Crawford, posed topless in The Real Full Monty – following on from the boys on Thursday.

And, while it was undoubtedly an emotional experience for them all, Michelle Heaton revealed she was doing it for daughter Faith, after undergoing a mastectomy in 2014 and a hysterectomy in 2014 as a carrier of the BRCA2 gene. 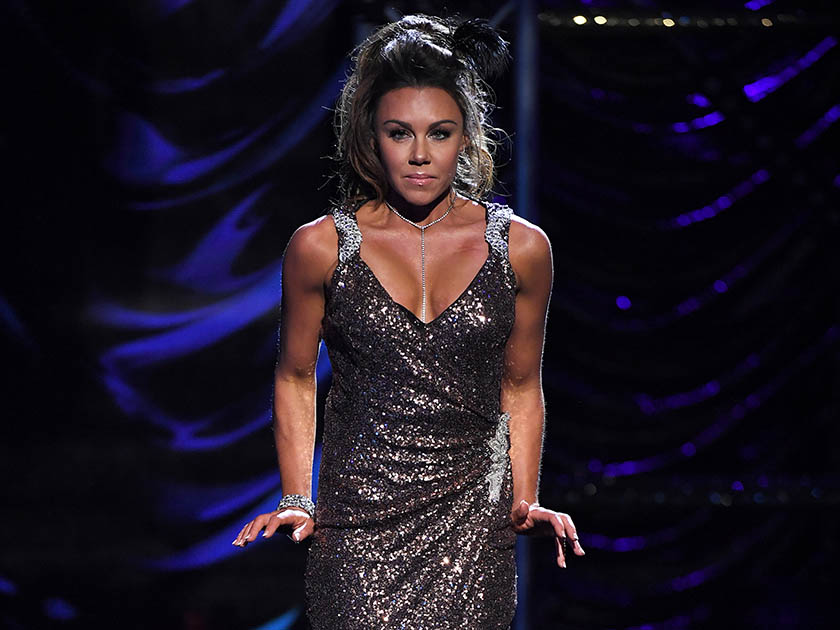 Explaining that Faith will one day have to find out if she too carries the gene, Michelle, 38, said: At some point Faith, who is only six, is going to have to face the decisions I did. I want her to realise Im not ashamed of my body and she should never be ashamed of hers either.

Later on in the show, Liberty X singer Michelle, who also shares son AJ, four, with husband Hugh Hanley, admitted she is still angry after having the operations and for not taking the offer of counselling at the time.

Talking about the results of her breast reconstruction, Michelle said: There is just no feeling there, I just feel disconnected with them. I was offered counselling but I just didnt have time. Im angry, I dont expected anyone to feel sorry for me, I dont talk about it with my family and friends as I dont want them to feel awkward.

Fans were quick to take to social media with praise for Michelle, with one writing: @wonderwomanshell you were amazing tonight. Youre an inspiration to all women and you should be proud of yourself.

Another said: @wonderwomanshell you are amazing! I cried quite a lot. Thank you for being brave, you rock!

And a third said: Never realised how gorgeous @wonderwomanshell is before! Sexy mama!

From our sister site CelebsNow.co.uk

The post Michelle Heaton reveals emotional reason behind signing up for The Real Full Monty appeared first on Woman Magazine.

A patient diagnosed with pneumonia near Paris on 27 December actually had the coronavirus, his docto..

Did she just say that? This Morning fans hit out at Whitney Houston impersonator for rude comment to Ruth Langsford

This Morning viewers have jumped to Ruth Langsfords defence after claiming that a guest on the show ..

Dying of a broken heart: is it really possible – and how does it happen?

Is there anything more heart-wrenching than the news of someone dying of a broken heart?
Generally s..

Authorities in Paris have banned exercise outside during the day, as the fight against the coronavir..