Uh-oh – it seems even TV stars suffer from a case of the Monday morning blues every once in a while!

Kate Garraway has proven to be no exception to this – as she suffered from an awkward wardrobe mistake live on Good Morning Britain at the start of the week. 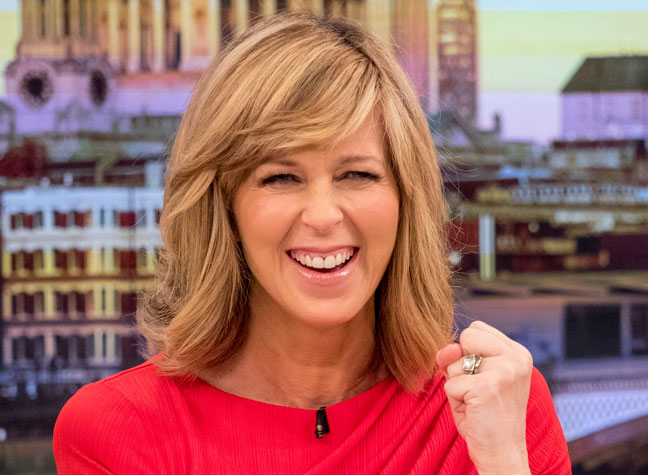 As she was introducing co-host Eamonn Holmes for the day, Kate happened to touch her hair, and unfortunately found a hair roller still left in her barnet.

The 50-year-old couldnt believe her eyes as he pulled the roller out of her hair, and began to giggle in embarrassment.

She exclaimed, “Ive just discovered Ive still got the roller in my hair! I wondered what was itching me.” – turning a deep shade of red. Eek, dont worry Kate – weve all been there! Sort of…

Popping her hands into her head, she also admitted, “Im genuinely blushing.”

Eamonn, Kate, and Charlotte Hawkins all descended into fits of laughter after the unusual discovery. But ever the professionals, the trio quickly got back on with hosting the show.

Luckily, GMB viewers also seemed to see the funny side of the wardrobe malfunction.

”, while another joked, writing, “Could have been worse it might have been Nits

Kate and Charlotte are joined by news anchor veteran Eamonn Holmes all this week, as he steps in for Piers Morgan.

And it seems Ruths hubby will be helping the GMB team wave goodbye to the old ITV studios, as Charlotte Hawkins revealed that it will be their last week filming on the Southbank.

On Twitter, she wrote, “Look whos back! @EamonnHolmes joins the @GMB team this week as we say goodbye to our @ITV studios on the Southbank – a blast from the past for him as he presented the first GMTV here 25 years ago!

And it looks as though Eamonn is more than up for the task, writing on his own social media that he was looking forward to his stint on the show.

Looking forward to being back on my old stomping ground with @GMB Mon -Thurs.”

But sadly, all good thin..

US President Donald Trump – under fire for labelling C..

Ferne McCann, 30, overhauled her fitness routine three years ago after the birth of her daughter Sunday. Since then, the…

Video surveillance cameras in France will monitor how many people are wearing masks and their compli..