Lets be honest, The Chases Anne The Governess Hegerty is one lady you do not want to get on the wrong side of.

Fiercely intelligent, she often puts contestants in their place on the ITV show – serving up some brilliantly sassy comebacks and witty responses. 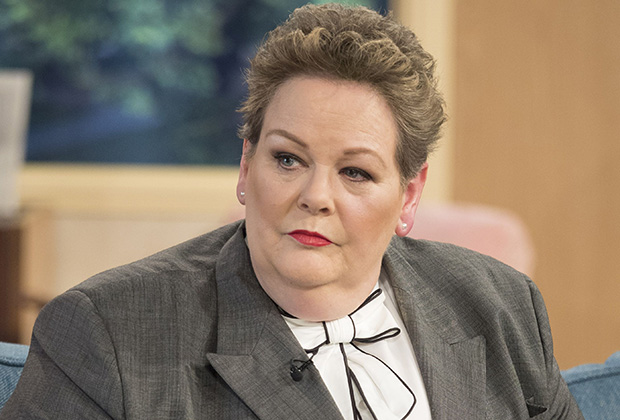 So it came as no surprise when the undisputed Queen of TV hit back at a social media user, when he posted a rather homophobic comment directed at The Chase.

Appearing to refer to a man – who may have been dressed in drag – who appeared on a recent episode of the quiz show, one social media user wrote, “#TheChase l really think it is mischievous and highly irresponsible of ITV to allow people of this sort to appear on a family show. I feel quite disgusted.” 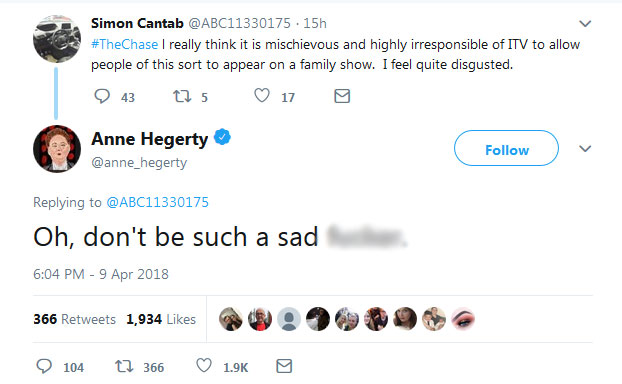 The Chases quiz genius was then hit with another response from the Twitter user, who sarcastically responded, “Beatifully argued.”

But Anne rose above the comment – instead choosing to correct the mans spelling. She wrote, “I thought so. And its beautifully.”

Fans were quick to praise Annes apt retort to the comment, praising her for calling out the social media troll.

One wrote, “Youre swiftly becoming my hero, Anne…”, while another agreed, “Anne is an absolute legend #TrueStory

Annes fellow The Chase co-star Mark Labbett (otherwise known as The Beast) also weighed in on the action.

He responded, echoing Annes comments in calling out the Twitter user. Mark wrote, “We welcome everyone on the show… and you really are a sad F***** Mr Cantab”.

And Paul Sinha, a fellow Chaser, also expressed his disappointment in the negative comments.

He wrote, “I cant fathom the mentality of those genuinely angry about a drag queen on #thechase. We have always been inclusive.”

The post The Chases Anne Hegerty praised by fans for calling out negative viewers comments appeared first on Woman Magazine.

What makes the ultimate G&T? Check out our definitive guide…

Choosing the best gin for gin and tonic is a tough decision… With so many distilleries and garnish o..

Former Strictly professional James Jordan has shared his concerns that may be “firing blanks”, after..