Former Strictly professional James Jordan has shared his concerns that may be “firing blanks”, after revealing that he and wife Ola are trying for a baby.

The dancing couple, 39 and 35, married in 2003. The pair decided to start a family after being forced to put their tour on hold, after James underwent a hernia operation. 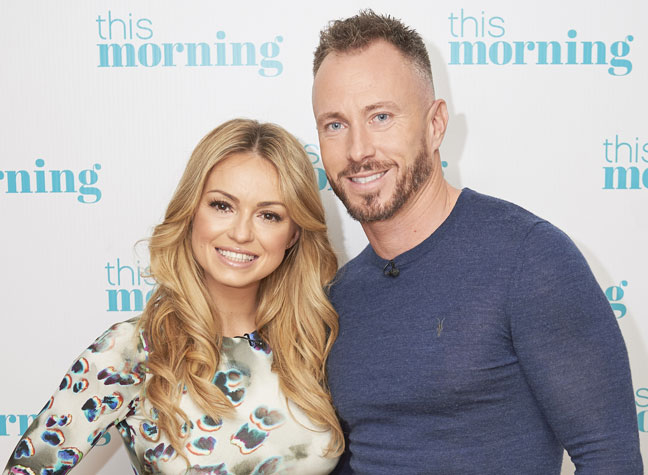 And while theyve both enjoyed successful careers so far, James has admitted that hes “worried” theyve left it too late to have children.

He told Star magazine, “I think wed both agree that had we not been involved in Strictly for so many years wed have had children earlier.

The outspoken dancer also confessed that while the pair are now trying to concieve, hes not even certain that its even working…

James said, “You dont know until you start trying. I could be firing blanks!”

Ola shared however that the pair dont actually get a chance to get intimate much recently, as shes starring on a TV show in Holland.

She said, “At the moment Im flying in and out of Holland to judge Dancing With The Stars, so Im not home much.”

39-year-old James went on to confess then that any baby news would leave the couple delighted.

“Put it this way, if Ola gets pregnant in the foreseeable future well be very happy.”

He also shared that he would likely be “a pushy parent, but not in dancing”.

Former Strictly pro Ola has previously spoken admitted that she often feels huge pressure to have children, after reaching her mid-thirties.

“Of course I have pressure,” she confessed.

“Im at a certain age now when people sort of look at you and think, right are you going to have a family or not? Im 34, Im going to be 35 at the end of this year, most of my friends have children and the ones who are my age that dont, they know they dont want children.

“Every time I see my mum or dad they ask about grandkids, so I suppose it makes you think.”

Ola has now admitted that she and James took his hernia operation and subsequent tour cancellation as a sign to start a family, revealing that it was somewhat of a wake-up call.

She confessed, “There was always something. But at the same time having children was always in the back of my mind. It has been this missing part in our lives.

“So when we had to call off the tour this year, I thought it was a sign.

“I didnt want to be one of those people who spends years working, but wakes up one day and thinks: Oh my God, I forgot. Now its too late.”

The US military has conducted an air strike against Taliban fighters in Afghanistan, just hours afte..

A crew of three has returned from the International Space Station (ISS) to a very different planet t..

Growing numbers of fake medicines linked to coronavirus are on sale in developing countries, the Wor..