The comedian, singer and actor  is hosting a new C4 show, Buy It Now, which showcases ingenious inventions. He tells us whats in store and talks Strictly dance-floor terrors. 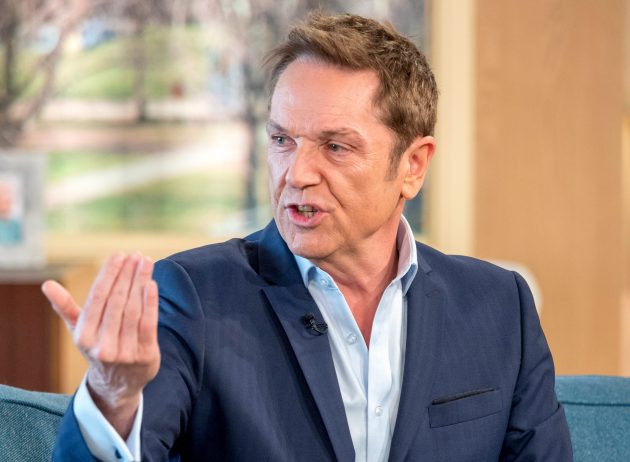 How does the show work?

Youve got 90 seconds to pitch to an audience of 100 people. If they decide to buy your product, a panel of big retailers also get the chance to snap it up.

Which inventions impressed you?

I loved the simple things. One guy  had created a pair of unbreakable sunglasses. I dont know what he made them out of, but when I stamped on them, they were indestructible!

Did any demonstrations go wrong?

We had a special invention for taking selfies with your dog, but the dog in the demo didnt perform as expected and the audience were in hysterics.

How was your Strictly experience last year?

Wonderful, but its also the best laxative in showbiz! Knowing that  11 million people are about to watch you dance live is terrifying.

They loved it. Amy is studying in Australia. My family and friends wanted to come to the studio every week, but contestants only get two tickets each, believe it or not!

How do you relax?

I just love being a dad, going on holiday with the family, walking my dogs. Im back touring at the moment. Making people laugh  is such a wonderful honour.

Brian Conley left Strictly after he was beaten by telly chef, Simon Rimmer. But while viewers at home were shocked by Brians departure, it turns out he didnt exactly leave the BBC show gracefully as the the 56-year-old reportedly went on a bizarre rant branding the studios a sh*thole.

According to reports, the shows live studio audience were stunned as the comedian jumped on the judges table and shouted: They only spend £25 on the toilet.

All of Germany's states have announced plans to make face masks compulsory to combat the spread..

Vanessa Feltz: Its possible to cheat a gastric band!

Following a decade of yo-yo dieting after splitting from husband Michael Kurer, Vanessa Feltz had a ..

Oscar-winning actor Tom Hanks has revealed that he and wife Rita Wilson have tested positive for the..

US President Donald Trump has said he is considering i..