Davinia Taylor has opened up about her bipolar depression, revealing her new regime which has seen her kick her moods in to touch to find happiness again.

The 40-year-old actress, used to spend most of her time partying with her pals including the likes of Kate Moss in Londons Primrose Hill but it took its toll on her health and lead to her fighting alcoholism as well as battling severe pre and post natal depression and bipolar disorder. 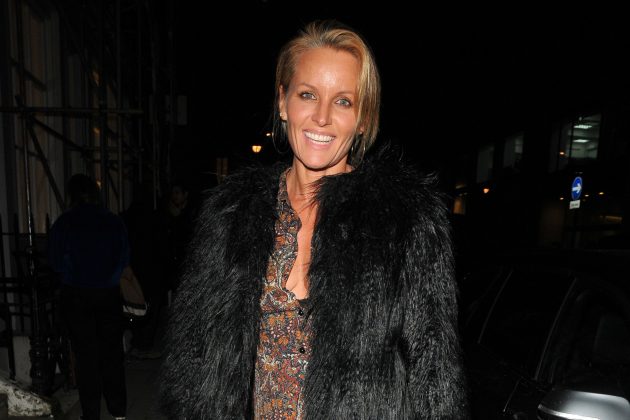 But Davinia has been sober for the last nine years thanks to a stint in rehab, meditation training and her new exercise regime.

In an interview with Closer magazine, she said: “The only thing Ive got in my artillery is exercise!”

The mum of three – who has joint custody of son Grey, 10, as well as two boys with fiancee Matthew Leyden, Asa, four, and Jude, two and son Lux, aged six, whose father remains unnamed – is taking part in this Sundays Virgin Money London Marathon to raise funds for health charity Mind.

But exercising has changed her mindset completely. She says: “I dont drink any more because Im an alcoholic, and I dont smoke. Ive swapped the fashionista set for running clubs and sobriety. If someone had told me at 30 that Id be running the London Marathon at 40, Id have laughed. I can hit rock bottom pretty quickly; I need something pretty easy to get me out of it. Running is free and simple and it works – suddenly Im a better person.”

Davinia admits pre and post natal depression “almost killed me”. She continues: “Depression touches anyone – rich or poor – if it wants you, itll have you.”

All Davinias hard work is paying off as shes come off the medication. She adds: “Im not on any medication at all now, but I was picked on loads for bi-polar and depression. They made me lethargic and numb. They dont make you sad, but they dont make you happy either. Running gives you that boost of endorphins – maybe I wasnt born with enough or maybe I drank them away! But its working for me and Im in a happy place.”

The post Davinia Taylor: Running has helped me battle my bipolar and depression – Im in a happy place appeared first on Woman Magazine.

A vaccine expert who says he lost his job because he disagreed with Donald Trump's claims about..

Did you spot the mistake?

If you’re working for the royal family, making sure everything is correct..

Meghan Markle might be about to become royalty but her previous life as an aspiring actress led her ..

Joe Biden has cemented his position as front-runner in..