Congratulations are in order for BBC Radio 2 presenter Chris Evans, 52, and his wife Natasha Shishmanian, 38, as the pair have announced they are expecting twins just a month after opening up about IVF treatment. 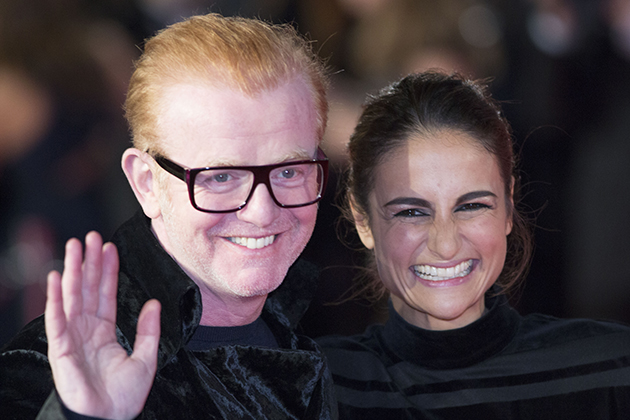 The former Top Gear host confirmed the news when he was speaking to a fertility expert live on air.

Talking about advise on how to cope with twins and how he needed to get a bigger car Chris – whos a fan of sports cars, especially Ferraris said:

“Mrs Evans is, she is. Double trouble, twin turbo. We have known for a while, obviously. She is definitely the mother, no doubt about that,” he quipped.

Chris and golf-columnist Natashas new duo will be the stars fourth and fifth children, as he is already dad to daughter Jade, 30, with his former fiance Alison Ward, as well as sons Eli, four, and Noah, eight, with Natasha. The news comes just weeks after Chris spilled the beans on the pair undergoing IVF treatment as one last shot of having a baby.

Talking to comic Rob Brydon on his radio show he revealed: “Were having one last hurrah, one last attempt at a fourth ankle biter.”

Radio 2 and Chris confirmed the news on Twitter shortly after his discussion online.

Chris is also a grandad as his daughter Jade had a son in 2015 called Teddy Rupert.

It is unknown whether the twins are identical or what sex they are.

But, yes in answer to your question, Chris. Youre going to need a bigger car!

Robert Levinson: US hostage has died in Iran, says family

Former FBI agent Robert Levinson, who disappeared in Iran 13 years ago, has died in custody there, a..

The city in China where the coronavirus pandemic began, Wuhan, has partially re-opened after more th..