Gemma Collins has found herself in hot water this week over accusations she photoshopped her head onto a models body for her plus-size range. 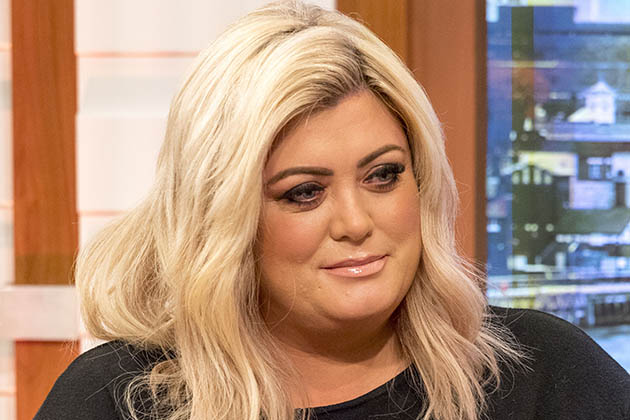 The drama comes after the Daily Star reported that model – Katie Green – was furious her body had been used to sell The Only Way Is Essex stars dresses.

A source told the paper: “Shes furious and thinks its a total infringement. Its a terribly bad photoshop. A child could see its a fake.

One photo – which was originally posted on womenswear website Fashion Book – sees Kate posing in a blue ruffled dress, while a very similar shot was also shared on 37-year-old Gems Twitter account advertising the outfit.

Both ladies can be seen with their arms and legs being held in exactly the same position. 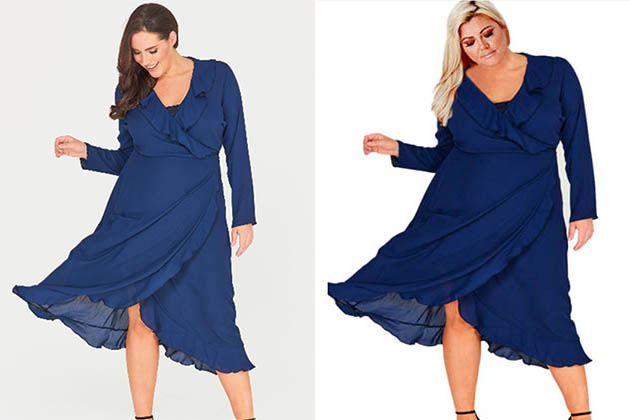 Following the reports, a rep for Gemma has told the Daily Mail: “The images were used in good faith by Gemma.

“An external firm assured her that they owned the copyright and had commissioned the shoots.”

The Daily Star claims the photos were taken by a photographer who works for clothing brand Lily Limited, with the company being part of Fashion Book which supplies Gemma Collins Collection.

And further reports suggest GC regrets using the photos to make fans think the pictures were of her body.

“Gemma has been so busy of late and didnt have time to do the shoot”, a source told the Daily Mail.

“Given that the models body looks so similar to hers, she thought it would be OK.

“In hindsight, she wishes she hadnt done this to three of the images as she would never want to upset her fans.”

The snaps have now reportedly been removed from Gemmas website after The Daily Star claimed neither Lily Limited nor Fashion Book were aware theyd been tampered with. Awks!

Take from our sister site, Celebsnow.

The post Awkward! Gemma Collins accused of photoshopping her head onto another models body for plus-size range appeared first on Woman Magazine.

Kirstie Allsopp has come to the defence of Kate Middleton after she received some shock criticism fo..

Frank Lampard and wife Christine are one of the most famous celeb couples around – but the emotional..