Happy news for the Middletons! 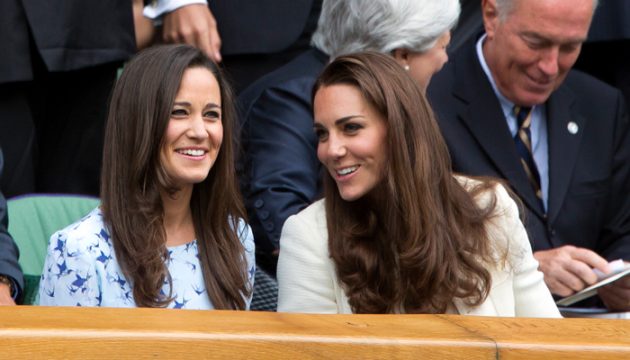 Pippa Middleton is said to be thrilled that shes going to have a baby with financier husband James Matthews.

Catherines younger sister, 34, has reportedly told her family the happy news after having a 12-week scan, according to reports from the Sun on Sunday. Its thought that Pippa has been keen to start a family since marrying 42-year-old James last year.

A source told the Sun on Sunday, “Pippa and James were always keen to have children fairly soon after getting married. They are so happy.”

A source told the paper that the Duchess of Cambridge “could not have been more delighted” with the news.

“When Pippa found out she was pregnant, she was obviously thrilled and utterly overjoyed,” said a friend of Pippas.

“Naturally, big sister Kate and parents, Carole and Michael, were the first people she told — James aside — and they could not have been more delighted.”

The baby is reportedly due in October, while Catherine is due to give birth to her third child any day now.

Its a busy time for the family, with the Queen celebrating her 92nd birthday yesterday, and Harry and Meghans wedding taking pace next month.

The post Kate Middleton overjoyed that sister Pippa is pregnant with her first child appeared first on Woman Magazine.

President warns of 100,000 coronavirus deaths in US

US President Donald Trump has warned that as many as 100,000 people could die of coronavirus in the ..