The presenter consulted a “psychic banana” live on This Morning to ask whether the new arrival would be a boy or a girl – and ended up getting it correct! 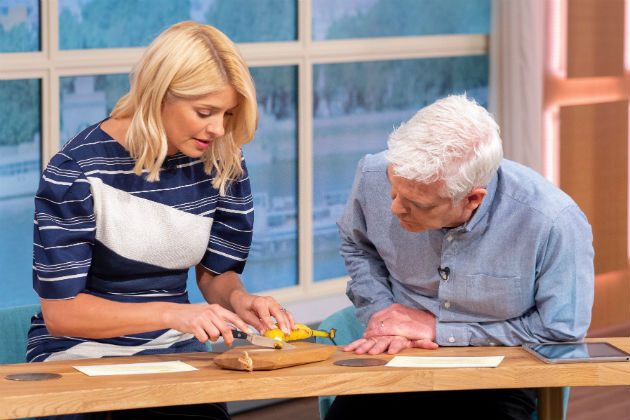 Holly, 37, used a technique where she cut into the tip of the fruit to see if there was a Y-shape in the middle to indicate yes or a simple dot which means no.

“Is the Duchess of Cambridge going to have a boy?” the TV host asked as she sliced into the banana with Phillip Schofield looking on.

The fruit showed a small Y inside, prompting an excited Holly to announce: “Its a yes! Its a boy, I said that!” 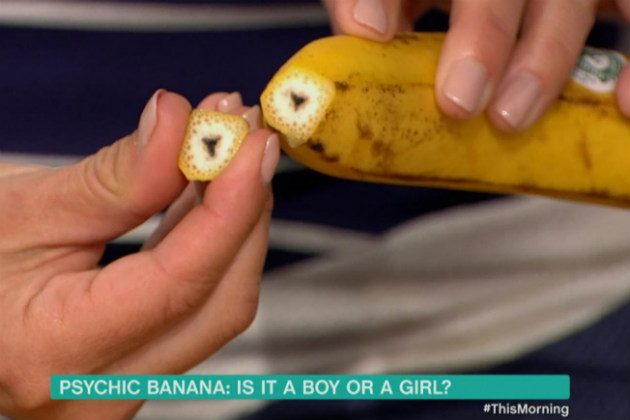 Then just a few hours later it was announced that Kate and Prince William had welcomed a son.

The “psychic banana” technique has previously been used to successfully predict the sex of the other royal babies as well as the outcome of sporting events.

It wasnt just the banana doing the guessing though as Holly and Phil, 56, have also predicted that the new addition to the family will be named Albert. 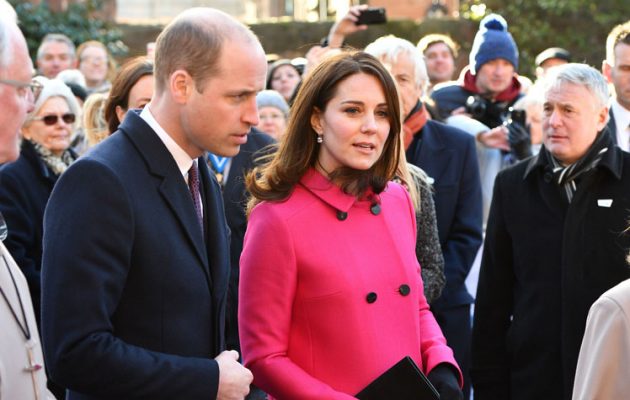 Mum-of-three Holly also confessed during the show that she was actually quite envious of Kate, 36, for going into labour again.

“Weirdly, whenever I hear someones in labour I get filled with this inner jealously,” she explained. “Its just the most magic moment when you hold that baby for the first time.

“I hope shes enjoying this time.”

It was announced on Monday afternoon that Kate and William, 35, have had a boy and that mum and baby are both doing well.

“Her Royal Highness The Duchess of Cambridge was safely delivered of a son at 1101hrs,” a statement from Kensington Palace read.

“The baby weighs 8lbs 7oz. The Duke of Cambridge was present for the birth. Her Royal Highness and her child are both doing well.”

This is the couples third child and will be a little brother to Prince George, 4, and Princess Charlotte, 2.

Italy has outlined plans to ease the strict restrictions imposed seven weeks ago to curb the spread ..

The US has started withdrawing troops from Afghanistan..