Holly Willoughby struggled to hold back tears on Wednesday as the dad of brave tot Alfie Evans appeared on This Morning for an emotional interview. 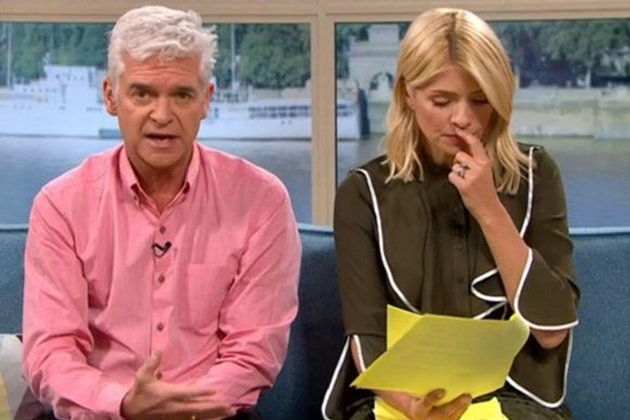 One-year-old Alfie – who was born on May 9th 2016 – has been in a coma for the past 12 months after suffering from a mystery illness.

And Tom Evans and his wife Kate James are currently making a last ditch court bid to take their son to Italy for further treatment, after The High Court ruled he cannot be flown overseas.

Speaking about his son via a live video link from Alder Hey Childrens Hospital in Liverpool, Tom told Holly and Phillip Schofield Alfie was “still fighting” more than 36 hours after his life support was turned off.

“Alfies still doing as well as he can, hes not suffering… in no sign of pain”, he said.

“Hes sustained his life like any other child would have.” 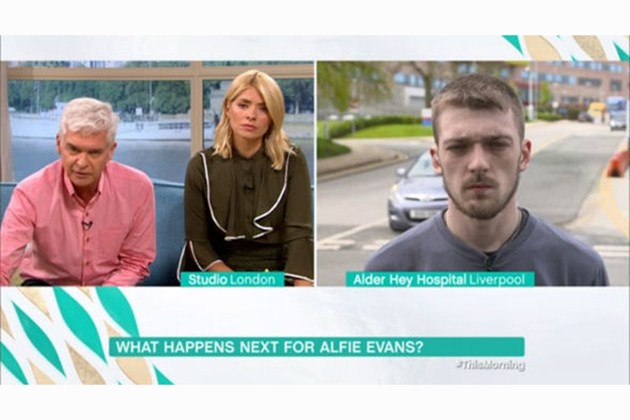 A teary-eyed Holly then asked how 21-year-old Tom was coping with the heartbreak, to which he said: “Just as well as Alfie is doing.

“Weve put so much dedication into him and hes paying us back now.”

Before adding: “We were told he wouldnt last five minutes and here we are 36 hours later.”

Holly and Phillip also spoke to a doctor about the treatment that Alfie is receiving, as Holly asked through tears: “He is still continuing to breathe without his life support – have his doctors got this wrong?”

The doctor replied: “I dont have details on what exactly theyre providing and what they arent.

“I couldnt possibly second guess the treatment he is having.” 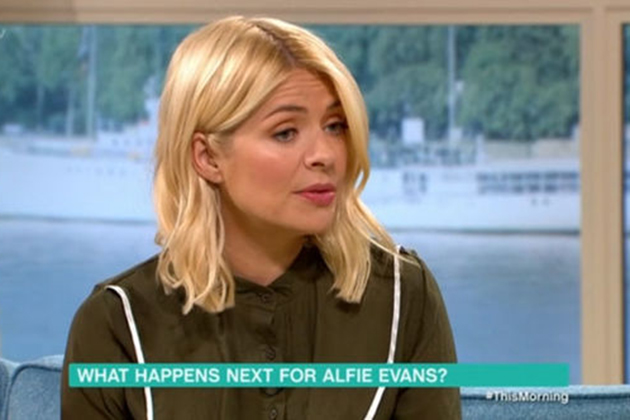 And it looks like 36-year-old Holly isnt the only one who was moved by the segment as viewers flocked to Twitter to show their support.

While another added: “@thismorning heartbreaking for them all, Alfie is a true miracle bless him keep fighting beautiful baby”

And they werent the only ones…

This past weekend, Ant McPartlin was arrested on suspicion of drink-driving after crashing into anot..

Sam Faiers is living her best life right now, living it up on holiday with her sister Billie Faiers ..

Stacey Solomon reveals what her sons call her boobs – and it’s not flattering!