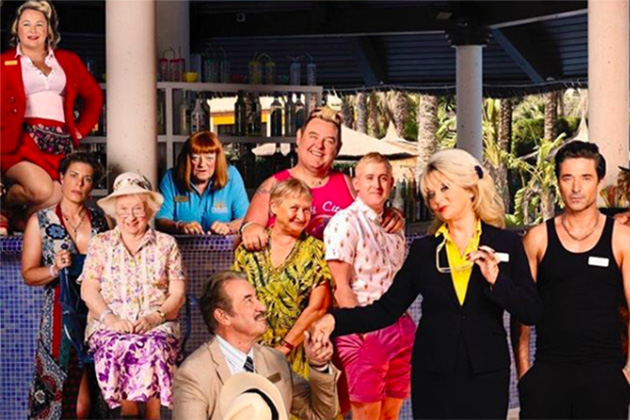 But sadly, all good things must come to an end, as the shows creator Darren Litten has confirmed the ITV comedy has been axed and the final episode will air this week.

“Crazy to think Wednesday will be the last episode of Benidorm! I created the series over 11 years ago, wrote it, guest starred in it and ended up directing it. Its difficult to think what else there is to do! Thank you for watching! #MuchasGracias”

And fans were clearly left heartbroken at the news that well no longer be part of life at the Solana all-inclusive hotel.

One said: “Thank you for giving us 10 cracking seasons! One of the best programs on the telly box and it will go down in history. I do hope this isnt the end. That show is too good to end. But I know what ever you decide to do will be in the best interest of the show”

Another commented: “ITV should be phoning Derren up begging him to do more… What other good comedies are there currently? None”

Even Shane Richie, whos made guest appearances on the show, got involved. Please excuse his French!

He said: “Sunday is a day of rest I refuse to get angry ….inhale, exhale Sammy , just breath you big lump of beautiful gorgeousness …F**k it !!!! Nooooooooooo !”

But while Wednesday maybe the last time we see it on the small screen, fans can still get their fix as a stage version is in the process of being created and will be touring later this year.

Benidorm Live, written by Derren, will go on a 25-date tour across the UK from September.

What was your favourite Benidorm moment? Tweet us @womanmagazine

From our sister site Whats On TV.

The post Benidorm fans left heartbroken as the show is axed after 11 years appeared first on Woman Magazine.

Former Loose Women star Jane McDonald may appear to have it all now – a successful singing career, a..

US Vice-President Mike Pence has visited a top US hosp..