Watch out Ruth! Because it looks like you might have some competition for husband Eamonn if the reaction to these new pictures are anything to go by…

Eamonn Holmes sent his fans wild on social media on Monday night, after posting some rather dishy throwback photos of himself. 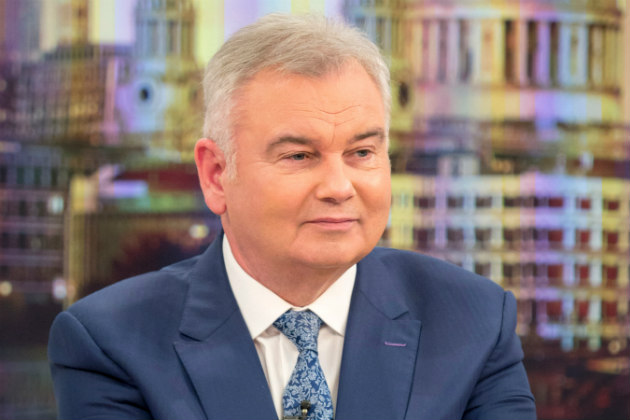 Inspired by the social media trend #OldHeadshotDay, 58-year-old Eamonn deciddcided to follow suit by posting a couple of pics of his old headshots at the beginning of his TV career in the 80s.

The presenting star wrote, Watching all my Girl friends post #headshots on here over the weekend – and then I came across this one from BBC Open Air 1986. Big Head , Big Shot.

He then treated fans to a youthful pic of himself – and its safe to say, they were pretty gobmacked by the handsome star!

Ruths husband went on to share another throwback photo, oh himself decked out in a snazzy leather jacket. Eamonn posted the image with a tounge-in-cheek caption, writing, I know what youre thinking …… How lucky was Ruth to get him ! #Headshots

#, and another commented, Hubba hubba!

, in response to the image, while a fourth said, Really really handsome

Other users were struck by the nostalgia of the old image, with one saying, Takes me back to your Good Evening Ulster days. I was just a kid and thought you were so handsome – still are!. And another agreed, writing, Grown up watching you, you still make me smile!

Eamonn had followed in the footsteps of other TV stars by posting the throwback image. Stars including Holly Willoughby, Susanna Reid and Charlotte Hawkins also wowed fans by sharing their old pics live on TV.

Holly Willoughby and Phillip Schofield broke down on This Morning as Simon Thomas recalled the devas..

At least 40 people have been killed in a bomb attack in the north-western Syrian city of Afrin, Turk..