Phillip Schofield has caused a bit of a shock – literally – on This Morning after getting electrocuted live on air.

The presenter wanted to get involved during a debate about whether electric dog collars should be used and did so by holding one of the devices in his hand to see how it felt. 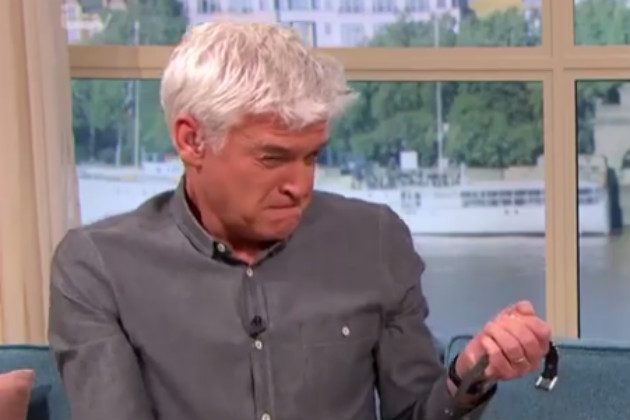 Phillip, 56, clutched the collar as dog trainer Jamie Penrith turned up the strength to 33 percent and he visibly winced in pain.

“Is that 100?” the host asked before ordering Jamie to increase it to full power.

Holly Willoughby was left concerned by Phils request and said: “No! Oh my gosh.” 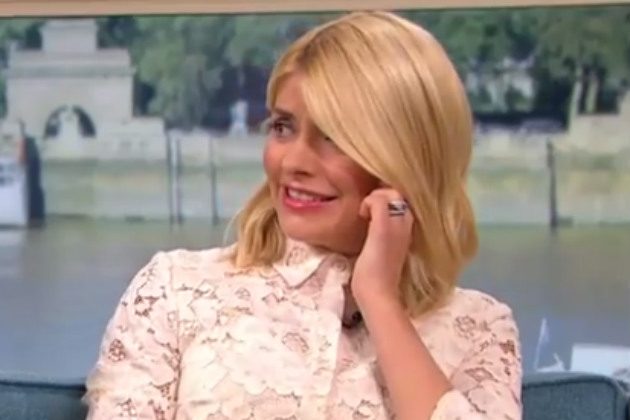 She then moved slightly away on the sofa as Phillip looked in agony and confessed: “Thats really quite uncomfortable.” 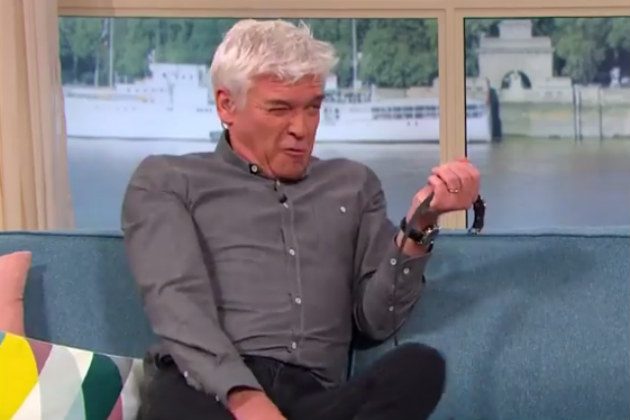 Phil then yelped before throwing the device out of his hand, with Jamie revealing that the power had been turned up to 83 percent. 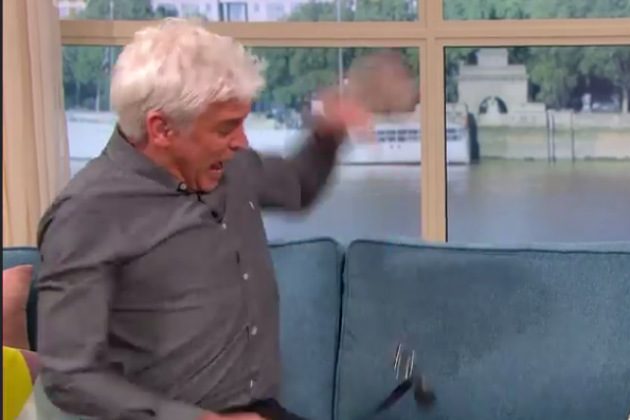 Trainer Jamie was arguing in favour of the collars whilst fellow guest and dog trainer Eryn Martyn-Godfrey was against the items, which have been dubbed “cruel” by campaigners.

Many This Morning viewers praised Phillip for trying out the device to show the effect it can have on dogs.

“Such respect for @Schofe showing the reality of electric collars, and @hollywills explaining the truth. These methods do harm the dog psychologically, which in turn can cause problems itself. Plus, its just plain cruel,” one Twitter user argued.

Another said: “Well done @Schofe for demonstrating how painful shock collars are. Too many strap them to their dogs neck without actually testing first. If its too painfull for you, its too painful for your dog.”

The Dogs Trust have called for electric dog collars to be banned whilst The Kennel Club have made a similar plea.

It wasnt the only controversial debate during Wednesdays edition of This Morning as Phillip and Holly were also taken aback in an interview with a group of men who believe that the earth is flat.

The trio accused astronaut Tim Peake of lying about going into space, leaving the presenters stunned.

The post Phillip Schofield stuns Holly Willoughby as he gets electrocuted live on This Morning appeared first on Woman Magazine.

This week would have seen the 100th birthday of the Indian musician Ravi Shankar, one of Indias most..

Lisa Armstrong has received messages of support from fans after breaking her Twitter silence, days a..