Elizabeth Hurley, 53, wows in plunging bikini as she relaxes in the countryside

Elizabeth Hurley treated her followers to yet another bikini snap yesterday when she shared a rather racy pic on her Instagram story. 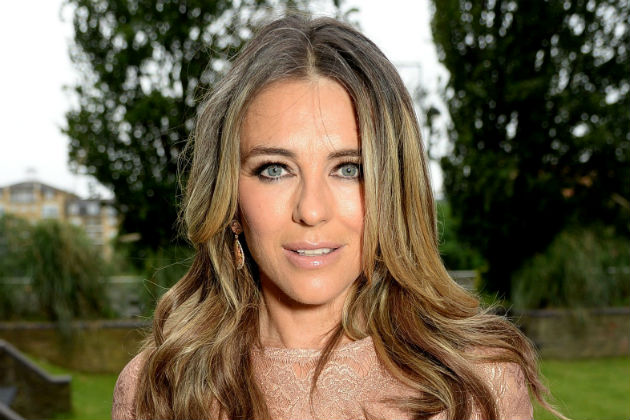 The 53-year-old Royals star looked stunning in the picture, which showed her reclining on a day bed in a large garden.

Showing off some cleavage, Elizabeth wore a plunging low-cut bikini top with a pink floral kaftan as she grinned for the camera.

The actress hair was left down in loose waves and she gazed into the distance in the photo, which she captioned: “#countrylife.” 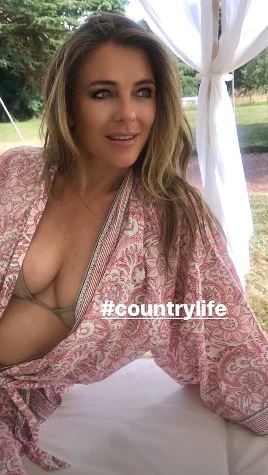 The star has obviously been enjoying the sunny weather recently and shared another swimwear snap earlier this week to celebrate International Bikini Day.

The shot showed Elizabeth relaxing on a beach somewhere in a turquoise two-piece, which highlighted her toned physique perfectly.

One follower commented: “You look beautiful at 50!”, while another wrote that she was a “fantastically gorgeous lady”.

And a third agreed: “I cannot get over how beautiful you and your insane body is. You are ageless!”

Days later, Elizabeth shared a video of herself spinning around in a long white dress before blowing a kiss to the camera, which she captioned: “Summer nights.”

In between sharing photos that show off her youthful appearance, the E! star has also uploaded several recent shots of her with her 16-year-old son Damian.

In one touching photo of the mother and son sporting formal clothing, she wrote: “Proud mama with @damianhurley1 #speechday”.

This comes after the mum-of-one recently admitted her teenage son often doubles up as her personal photographer, as she said: “He definitely takes some, but I do have other friends that I can torture for some too.”

Before adding: “Ive been in the business for a really long time so my body is something I have to take care of and think about all the time. I use as much cream as possible on it.”

The post Elizabeth Hurley, 53, wows in plunging bikini as she relaxes in the countryside appeared first on Woman Magazine.