Holly Willoughby squeals in terror as she takes on Bushtucker Trial ahead of Im a Celebrity: Im going to cry!

In preparation for her stint presenting Im A Celebrity, Holly Willougbhy was forced to take part in a hilarious Bushtucker Trial today. 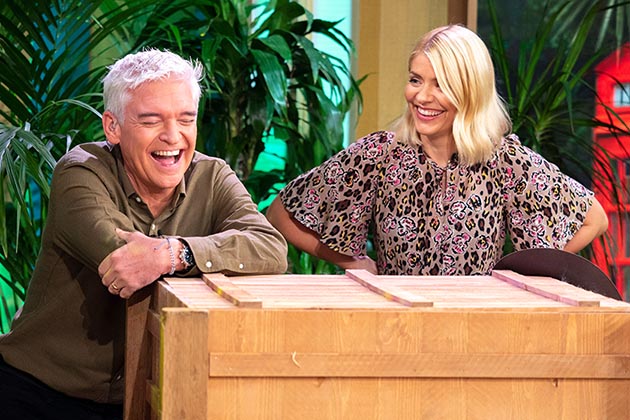 The 37-year-old presenter is set to join Declan Donnelly to host this years series Down Under while Ant McPartlin takes time out to focus on his health.

And in her last show before she heads to Australia, This Morning organised a special challenge to prepare her for all the creepy crawlies shes going to come face to face with.

As part of the trial – aptly named Box of shocks – Holly was given three large crates which she had to dig her hands into and identify what was hiding inside them. 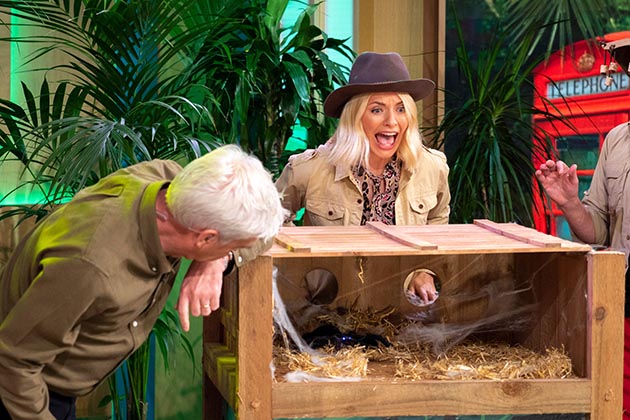 But rather than being stuffed full of your average Im A Celeb critters such as cockroaches, spiders and witchetty grubs – the boxes actually contained a toy spider, some fluffy kittens and err… Georgia Toffolos head.

Even before things kicked off, the star admitted to 56-year-old Phil, “I dont think I can do this, I think Im going to cry.”

After eventually agreeing to play along, Holly stuck her hands in the first box as she squealed, “What is it! It moved, it felt like a badger!”

The mum-of-three then panicked even more when she was warned the second box contained live creatures and she should be careful. 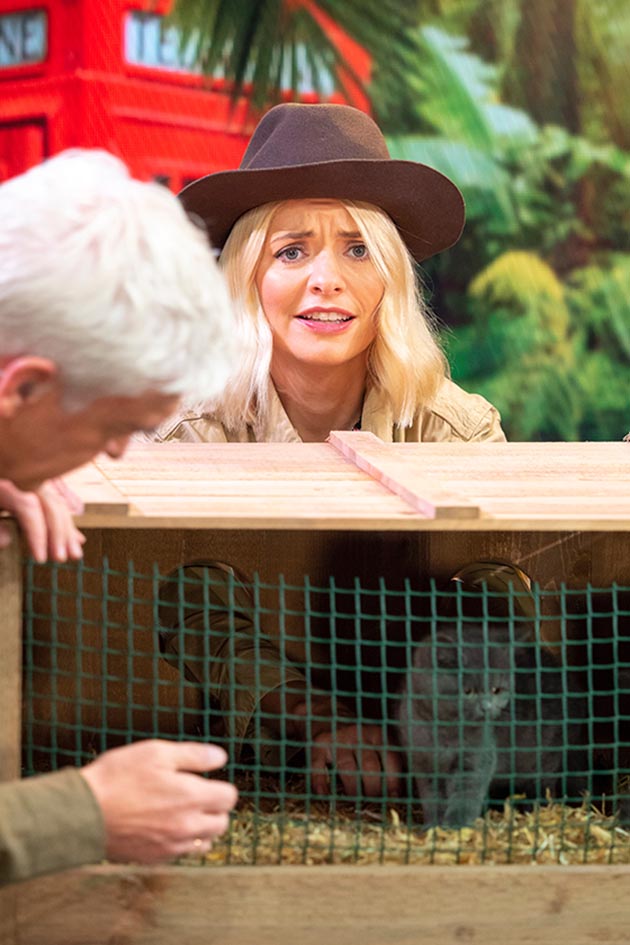 As she pulled her hands out of the box, she shouted, “Its a rat, its a rat!” Erm… wrong again Hols, it was actually a litter of adorable fluffy kittens.

Finally, the third box contained another unexpected surprise – this time in the form of last years Im A Celeb winner Georgia Toffolo!

After popping her head out to say hello, reality star Toff joked she was tempted to nibble on Hollys fingers but thought it might be a step too far… 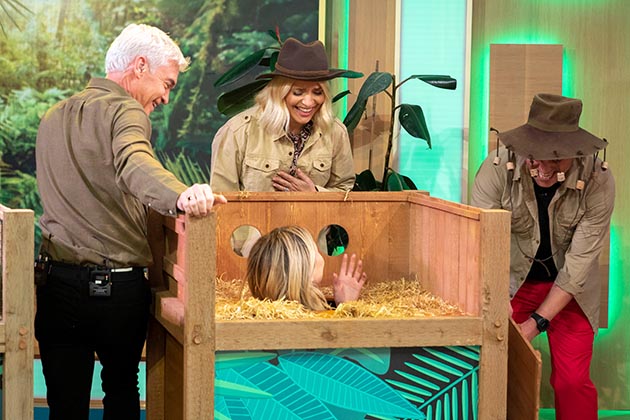 Holly might have been terrified by the whole thing, but viewers at home were left in stitches, as one wrote on Twitter, “howling away at @hollywills “bush tucker trial” #thismorning.”

And a second added, “Bless holly she wants to cry #ThisMorning #imacelebrity is gonna be hilarious.”

Meanwhile, Hollys Im A Celebrity co-host Dec was also watching closely, and was slightly less impressed by her efforts.

Taking to Twitter, the 42-year-old wrote, “Just watched @Schofe put @hollywills through a #BushtuckerTrial on @thismorning. She was worse than Gillian McKeith!”

Before adding, “What the heck are we in for?! #ImACeleb.”

Were in for A LOT of fun!

The post Holly Willoughby squeals in terror as she takes on Bushtucker Trial ahead of Im a Celebrity: Im going to cry! appeared first on Woman Magazine.

Why Kate Middleton changed these diamond earrings that belonged to Diana