Prince Harry and Meghan Markle are soon preparing to wrap up their mammoth 16-day tour of Australia, Tonga, Fiji and New Zealand. 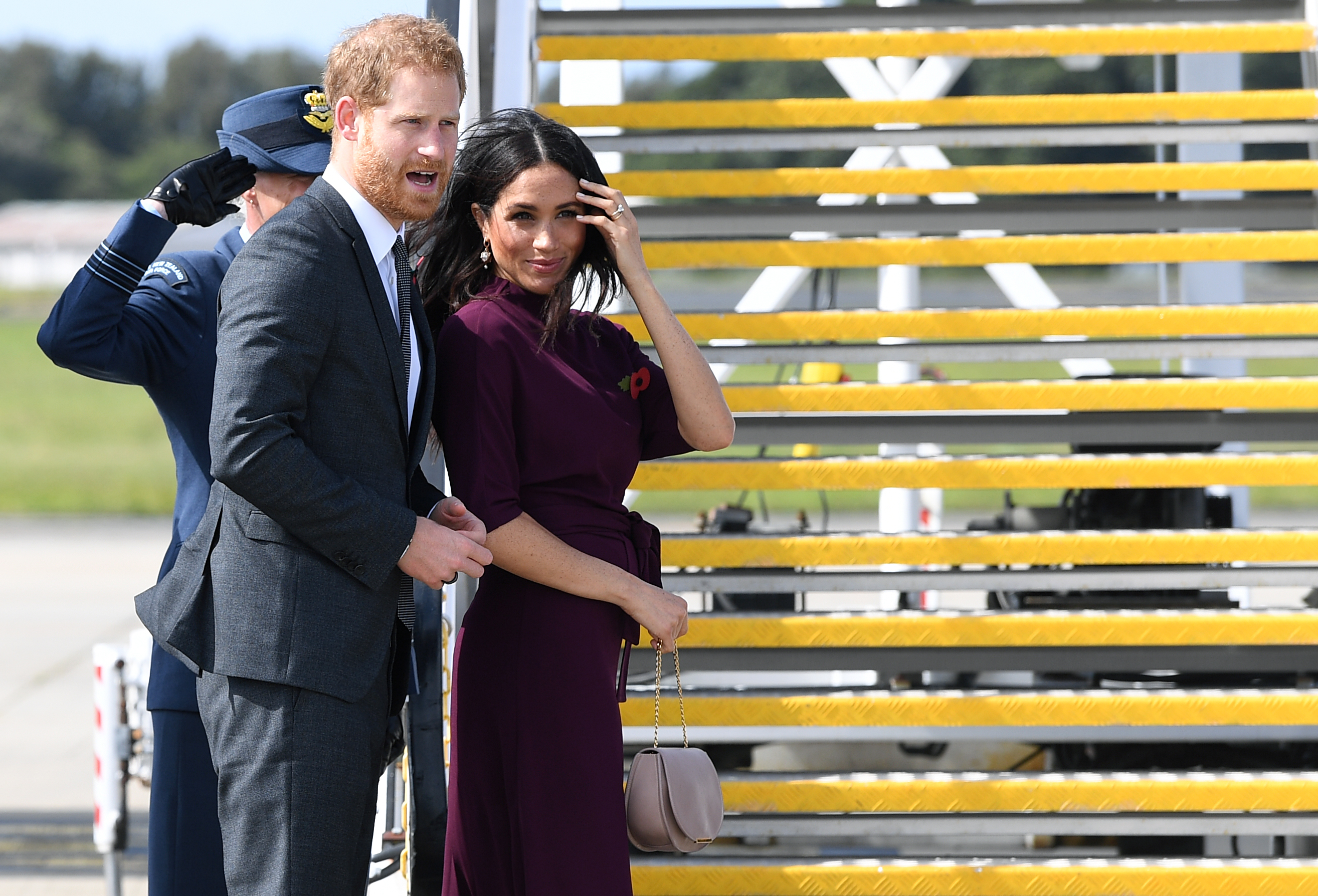 But the royal couple have left their fans with plenty of adorable moments to look back on long after theyve returned to the UK. In fact, the Duke and Duchess of Sussex have barely stopped holding hands during the tour!

However, royal fans have picked up on one rather cheeky moment when Harry took the PDA to a whole other level, as they boarded a flight from Sydney to New Zealand.

In a snap shared by a fan account, the Duke appears to be lightly patting his wife on the bottom! 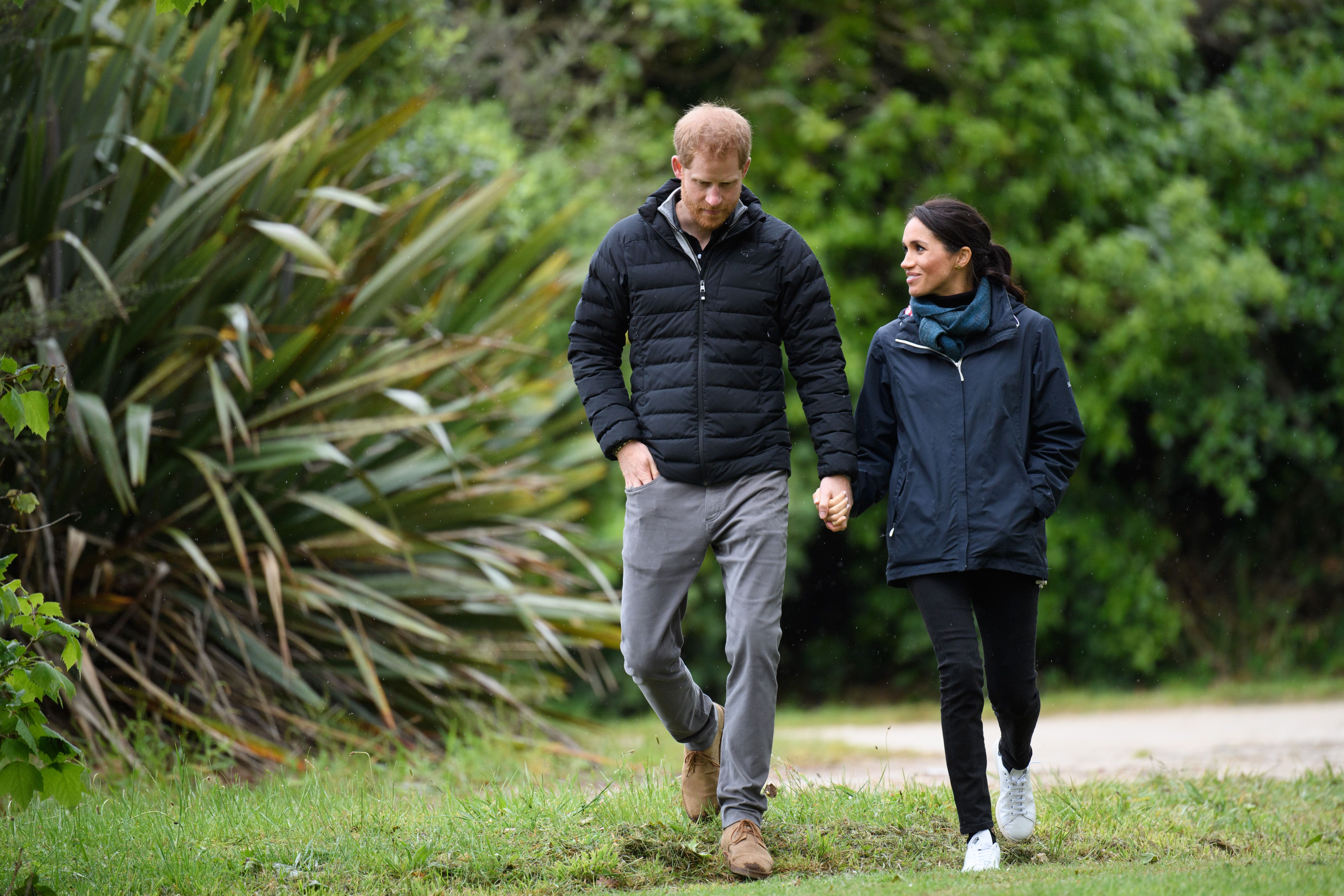 Fans of the Duke and Duchess of Sussex appeared delighted at the sneaky show of affection. One commented on the pic saying, That harry is so cheeky

Oh Harry you got Hand on butt there cheeky Harry

And a third fan also said, Wow!! Get it Harry

, and a fourth wrote, In my mind his hand is on her butt and its so cute and adorable.

However, other followers remained convinced that the Prince wouldnt have made such a cheeky gesture in public, with one of them saying, Ok Im sure this is because of the angle. He did NOT

And a second said, Calm down peeps- hes not grabbing her behind. Its just the way where his hand was.

So what do you think? Do you reckon Harry was being a bit cheek – or do you think its not something the Duke would do in public?

Prince Harry and Meghan spent their penultimate day on the tour yesterday enjoying a busy schedule. And the couple wrapped up the hectic day by donning their finest outfits, for a visit to the Auckland War Memorial Museum.

The Duchess of Sussex took a leaf out of Kate Middletons style playbook during the evening, recycling one of the first outfits she ever wore to a public event with Harry. 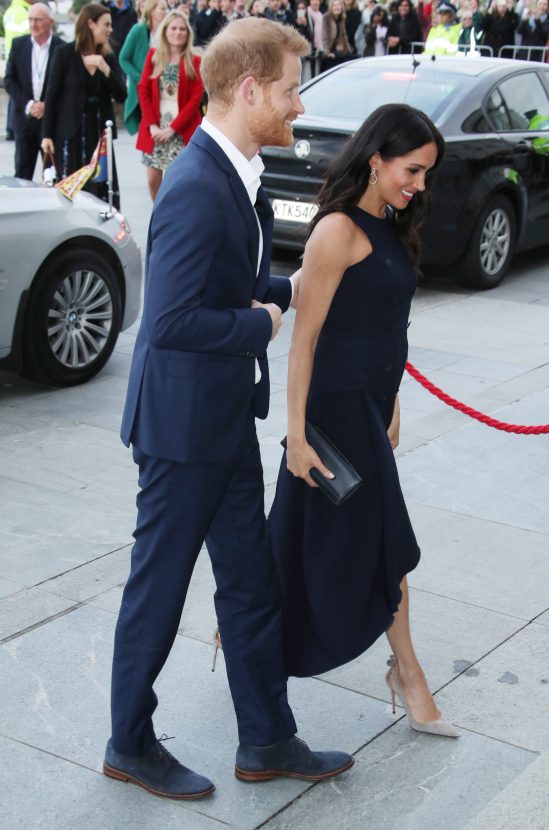 She opted for a chic blue Antonio Berardi gown – which she first wore to watch her beau play polo last year, before the pair got engaged.

For the final day of their weeks long tour, Harry and Meghan will head to Rotorua, before jetting back home to London.