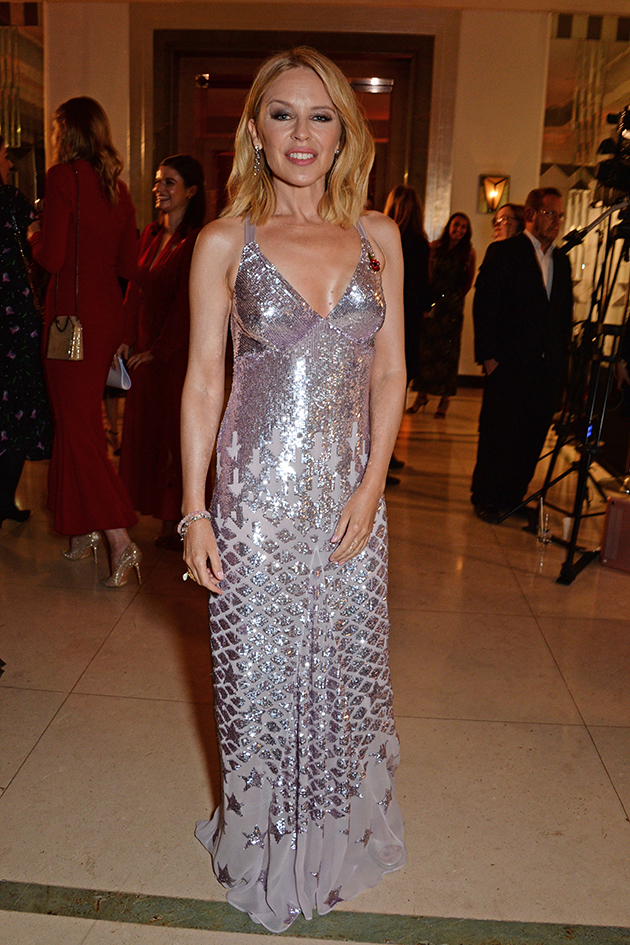 The Australian popstar looked incredible as she stepped out in a glittering silver gown which featured stars and arrow detailing and showed off her amazing figure.

Oozing glamour, 50-year-old Kylie matched her plunging ensemble with a pair of huge earrings and some sparkly heels.

She styled her trademark blonde hair in a middle-parting while keeping her make up simple and elegant as she posed for the cameras.

Adorable photos also show the telly star cosying up to her hunky toyboy boyfriend Paul Solomons, 43, as the pair put on a loved up display. 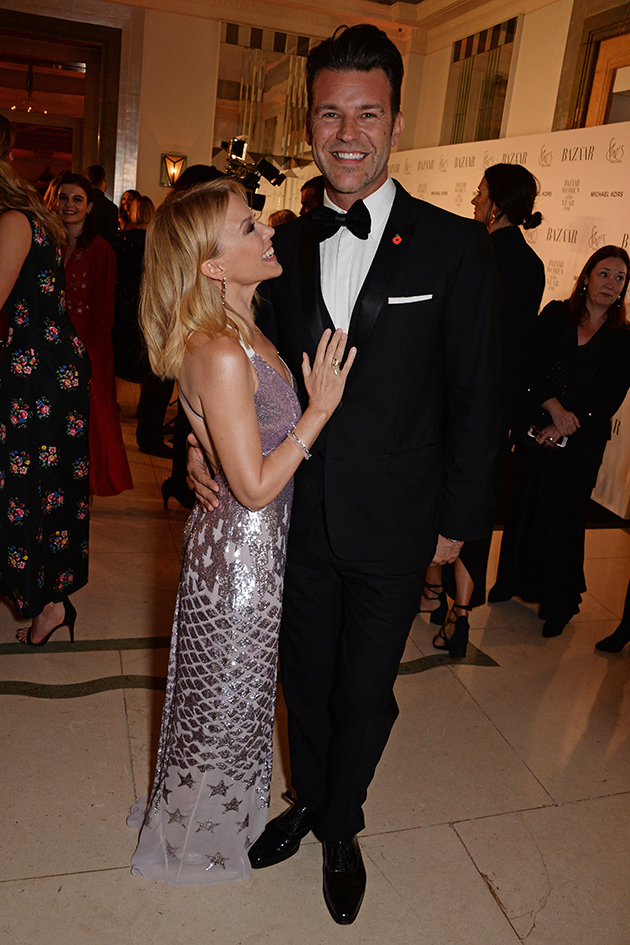 Paul looked dapper in a black tuxedo and smiled at the cameras while Kylie looked affectionately at her man.

This comes after the smitten pair made their red carpet debut at the GQ Awards earlier this year following Kylies split from former fiancé Joshua Sasse.

During an interview later on, Kylie gushed about her new beau, saying “Ive found my man. Of the year. And some.” Aww!

The couple are thought to have been dating since February but according to reports the pair were keen to keep their relationships under wraps.

Spinning Around singer Kylie only confirming their romance in July, by posting a sweet picture of her and Paul on her Instagram.

The star has also previously opened up about new romance with the GQ magazine boss, saying he doesnt compare to her previous relationships.

“It doesnt compare,” she said.

“Its lovely. Hes not on the road with me because hes got a job and commitments, as much as Id love him to be.”

Speaking to The Sun, she added, “I am so appreciative he is in my life right now.”

Meanwhile, the glitzy Women of the Year Awards held at Claridges Hotel was also attended by the likes of Amanda Seyfried, Lily James, Jenna Coleman, Keira Knightley and Gemma Arterton.

The post Kylie Minogue STUNS in glitzy gown as she cosies up to toyboy Paul Solomons at Harpers Bazaar Awards appeared first on Woman Magazine.