GMB host Susanna Reid opened up on todays show about the scary moment when she was attacked in South London, many years ago now.

The 47-year-old and her co-presenter Piers Morgan were discussing the walk-by culture when it comes to crime in Britain at the moment, when she revealed she was once mugged by a man holding a knife.

She confessed, “I got mugged once by a guy with a knife and my instinct was to run after him. Its not rational and obviously that was dangerous.

When Piers asked what happened when Susanna ran after him, she revealed, “He got scared and dropped my bag”.

Admitting that the incident was years ago, Susanna then explained to a bewildered Piers, “He slashed my bag off me and cut through my coat. I was incandescent.” 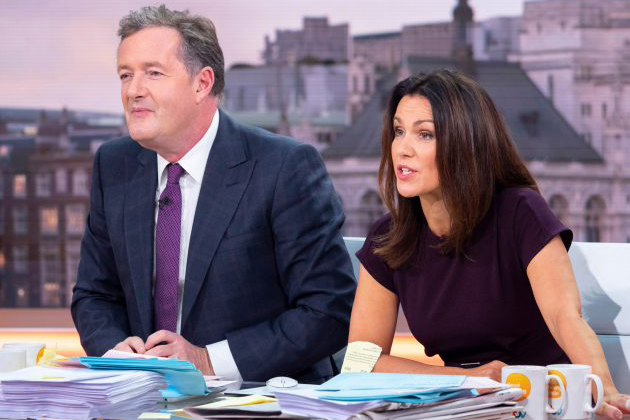 She went on to confess that she chased him for a few 100 yards, saying, “He ran up over a bridge. I followed him. I was absolutely furious. He was shaking out my bag on the top of the bridge and then he just ran off.”

Susanna then said, “I had cash in my bag, he took that. I got my bag back – which was obviously broken – but I got my phone, I got my keys, all of that.”

The mum-of-three went on to admit that she was “protected by my adrenalin” when she chose to chase after the mugger, and that she wasnt “in the least bit” concerned about him stabbing her because she was so angry.

Viewers were quick to praise Susanna after she told the incredible story, with one writing, Just when you thought @susannareid100 couldnt get anymore amazing, she comes out with this story! What a woman

While another commented, saying, That is shocking to hear that @susannareid100 once got attacked, thankfully she was ok and I got to give you massive respect and courage of chasing down the thug to a point that you got her bag and items back!

From our sister site Woman and Home.

Coronavirus in Wuhan: ‘Please learn from our mistakes’

The next PlayStation controller is called DualSense, looks like a cool robot

The spacecraft that utterly transformed SpaceX has flown its last mission