He triumphantly picked up the glitterball as the winner of Strictly 2017, but Joe McFadden has now revealed that its hasnt all been bright lights big job offers following his success on the dance floor. 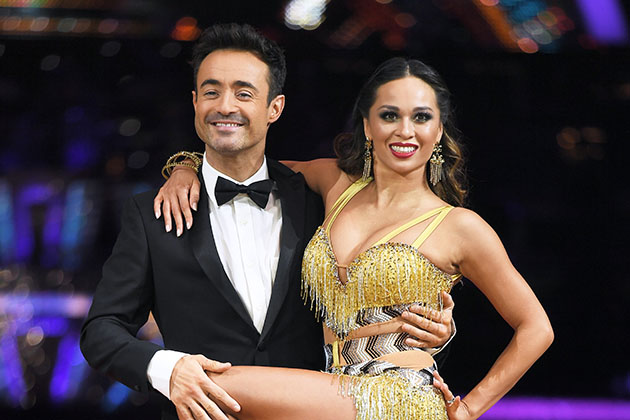 The former Holby City actor – who dazzled judges alongside pro partner Katya Jones – opened up to BBC News about life after his time on the hit dance show.

He said, “Admittedly, Strictly didnt have the massive impact on my career that I thought it might.”

Before adding, “Maybe its one of those slow-burners. And in five years time, Ill see its made a difference.”

In contrast, 2016 winner Ore Oduba – previously best known for presenting BBCs Newsround – went on to front primetime shows including This Morning and The One Show. It was also announced earlier this year that he had been commissioned by the BBC quiz to host quiz gameshow Hardball.

But while some work offers havent quite hit the mark for Joe, the 43-year-old will soon be taking to the stage in an adaptation of best-selling crime author Peter James novel The House on Cold Hill.

The cast list also includes a further roll call of famous soap stars, but the star rejects criticism that it is just a vehicle for former soap actors to make their return.

“Audiences want to see faces they recognise,” he said.

Continuing he added, “When people arent spending so much on going to the theatre, you need to entice them in any way you can.

“And soaps are proper acting. Its gruelling, relentless work, the actors are very skilled.”

The star – who continued to make his Strictly mark on the shows tour and cruise (an annual Mediterranean trip which hosts Strictly evenings) – also admitted that his Strictly stint – while rewarding – included some stressful periods.

“Nothing can prepare you for the stress – physical and emotional. But it makes you realise were capable of so much more than we think,” he confessed.

“And it was brilliant, not just the winning. Even finding the ability to do the dances to any kind of good standard gives a real sense of accomplishment.”

From our sister site woman and home.