Sophie Wessexs Wimbledon clutch had the best message written on it

Wednesday was a busy day for the royal family, with members of The Firm dotted all around the country completing various engagements. 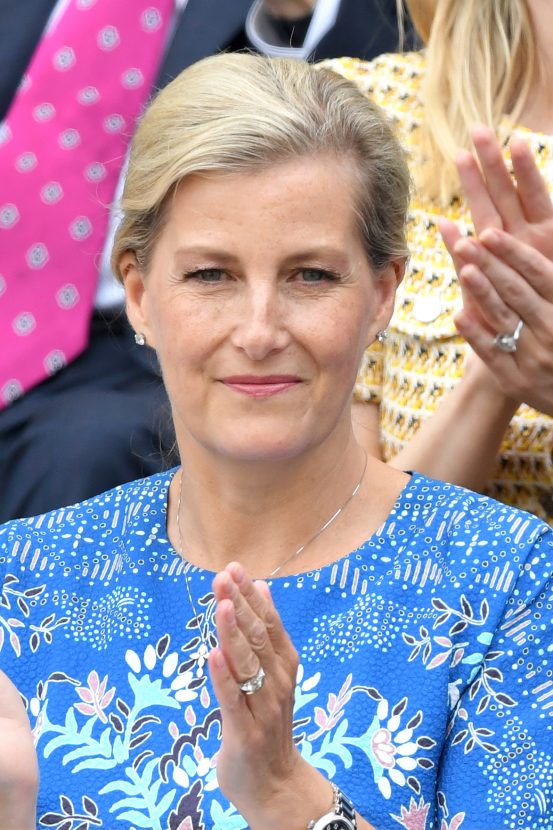 While the Duchess of Cambridge and the Duchess of Sussex enjoyed a family day out supporting their husbands at the polo, Sophie Wessex, Camilla, and Zara and Mike Tindall went along to Wimbledon for some tennis.

But during the day, it was actually the Countess of Wessexs bag that caught our eye, and the eye of royal fans on social media.

MORE: Amanda Holden reveals why she now shares pictures of her daughters on social media

Sophie had dressed in a stunning blue floral dress by one of her favourite designers Peter Pilotto. And her chic, powder blue clutch matched perfectly. So what was written on it? The bag noticeably had a couple of sentences embossed on the top of it in silver lettering – and we love the brilliant message.

One royal fan noted that Sophies clutch read, Im not saying I am wonderwoman. Im just saying that no one has ever seen me and wonderwoman in the same place. So its clear that the Countess has a brilliant sense of humour! Its not yet been confirmed where the clutch is from – nor whether Sophie had the message put on especially herself. But its clear she loves the sentiment – and so do we!

Prince Edwards wife took her seat in the Royal Box at Wimbledon, next to Albert II, PrinRead More – Source

Why Texas is seeing a surge in coronavirus cases

Coronavirus: ‘I’m all for masks,’ says Trump in change of tone

Seattle police move in to clear protesters from Chop zone