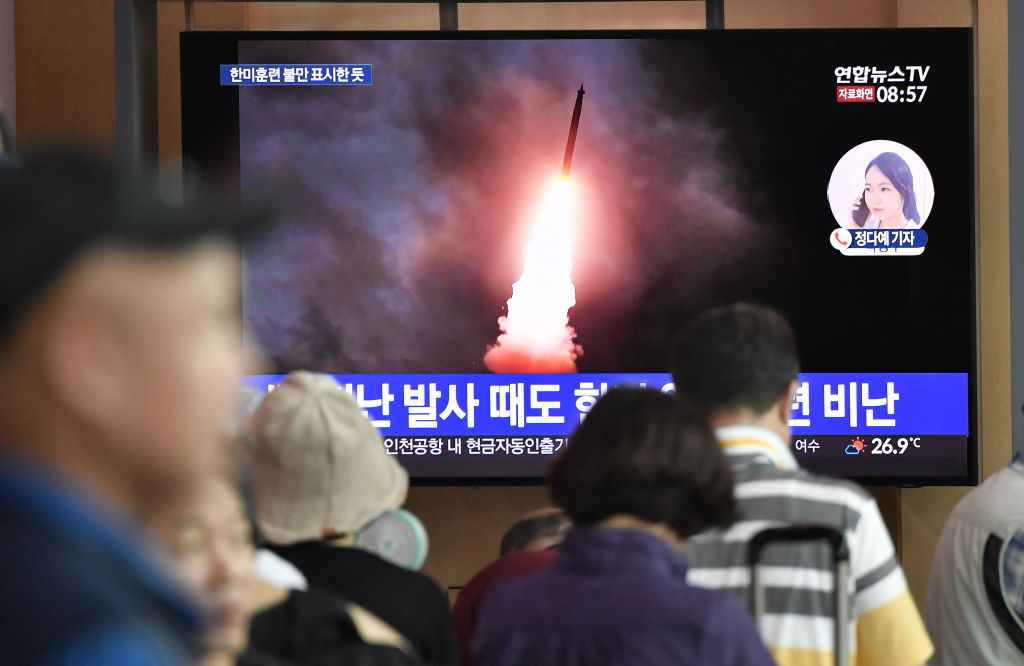 North Korea has fired two missiles into the sea, which South Koreas military believe to be short-range ballistic missiles.

It is the fifth launch of its kind in recent weeks, and if confirmed, would be a breach of 11 UN security council resolutions.

They flew around 400km (250 miles) at an altitude of about 48km, with a maximum speed of more than Mach 6.1, before landing in the Sea of Japan, to the east of the Korean peninsula, a statement from South Korean military said.

North Korea has launched a series of missiles since leader Kim Jong-Un agreed in June to restart denuclearisation negotiations with US President Donald Trump.

It comes just days after Trump revealed that the North Korea leader had sent him a “beautiful” letter.

“It was a very positive letter,” Trump told reporters at the White House. “I think well have another meeting. He really wrote a beautiful, three-page – I mean great from top to bottom – a really beautiful letter.”